During Pride Month, it’s important not just to celebrate how far the LGBTQ+ community has come, but also the people and events who helped us get there. And while Black & transgender activists played a major part in bringing about change – many of their names and actions remain relatively unknown to most. But now, it’s time to shine a light on their stories- and show how the protests and struggles of the past are just as relevant today.

The modern gay rights movement began because of the activism of black members of the community. Through riots, marches, protests, and raising their voices, they raised awareness and brought about change. Now that an entire nation has been galvanized to demand rights for Black Americans, we wanted to look back at the history of the gay rights movement – how black activists helped pave the way, and how their actions are connected to the activism of today.

Keep scrolling to learn more about the early pioneers of gay rights, how Pride is deeply connected to the Black Lives Matter movement, and how you can help lend your support to the Black LGBTQ+ community. 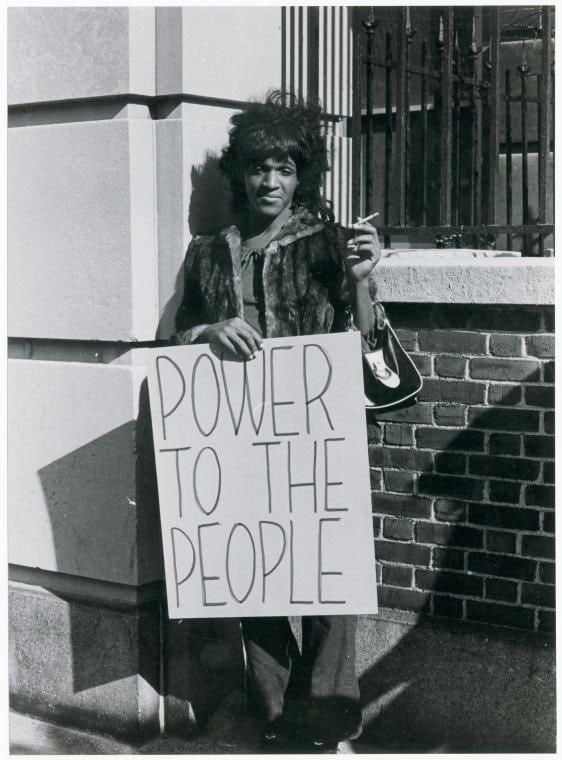 The Pioneers of  The Gay Rights Movement

It began in June of 1969 at the Stonewall Inn, a popular gay bar in NYC’s Greenwich Village. Police regularly raided gay bars, often harassing and arresting patrons based on their sexuality. On the night of June 28, black gay men, lesbians, drag queens and trans women lead the fight against the brutality towards the gay community. Riots and protesting continued throughout the night and lasted for several days, becoming what we now know as the Stonewall Uprising, and serving as the catalyst for the modern gay rights movement.  And thanks in part to the pioneering individuals who fought back that night, the LGBTQ community has made huge strides since.

Here are two members of the black gay community who fought back against oppression and helped bring about change and acceptance in the LGBTQ community.

A black trans woman, Johnson was an outspoken advocate for gay rights and part of the Stonewall Uprising. She was a founding member of the Gay Liberation Front, an early organization that actively protested and advocated for the rights of gay people, as well as Street Transvestite Action Revolutionaries (STAR). Johnson remained an activist until her death in 1992.

A black trans woman, she was also a part of the Stonewall Uprising, and became an activist and community leader for transgender rights, focusing on women of color. She served as the original executive director for the Transgender Gender Variant Intersex Justice Project, which aims to assist transgender persons, who are disproportionately incarcerated.

To learn more about the history of these activists, and the gay movement, check out The Death & Life of Marsha P. Johnson and Stonewall Uprising. 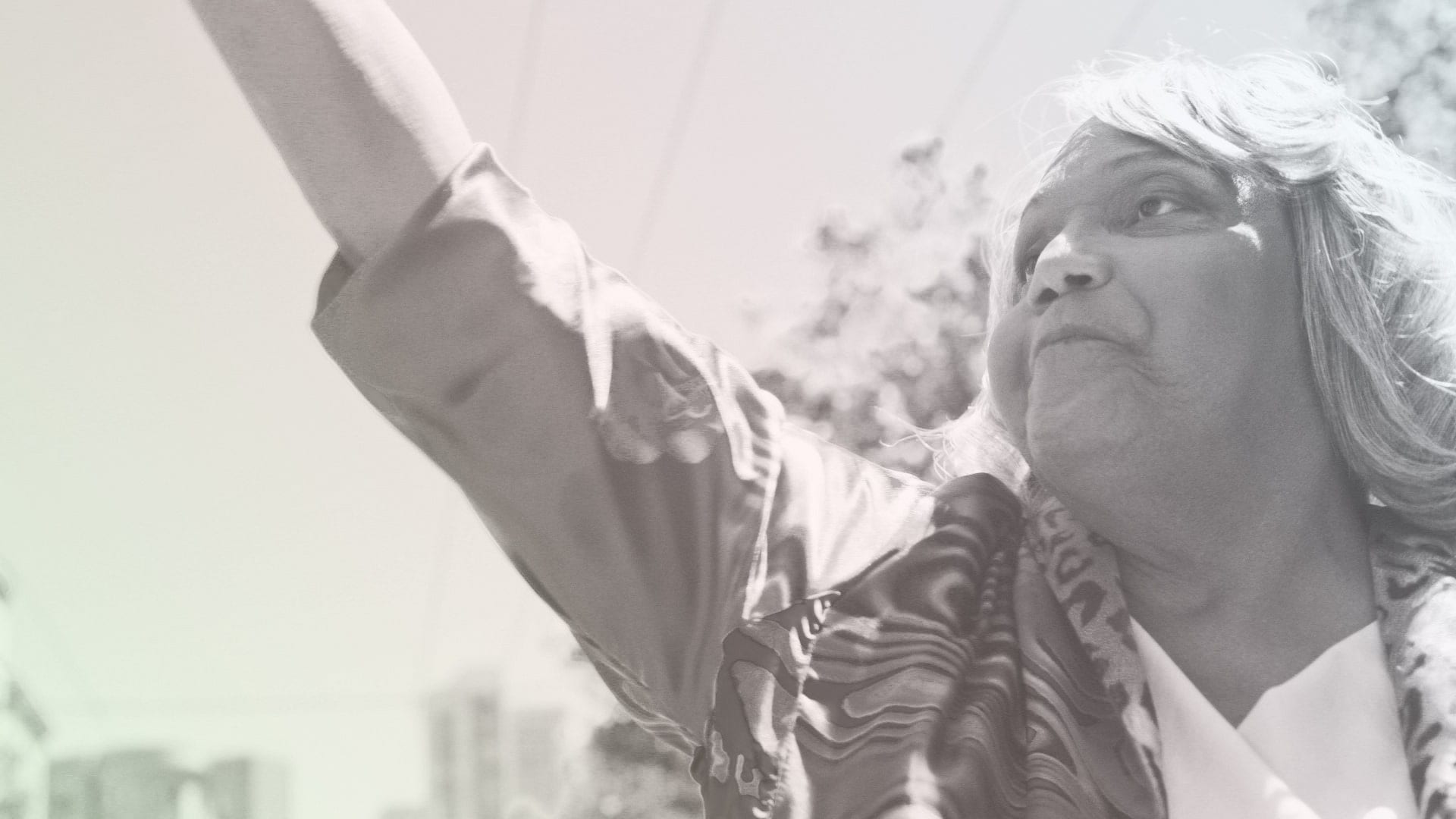 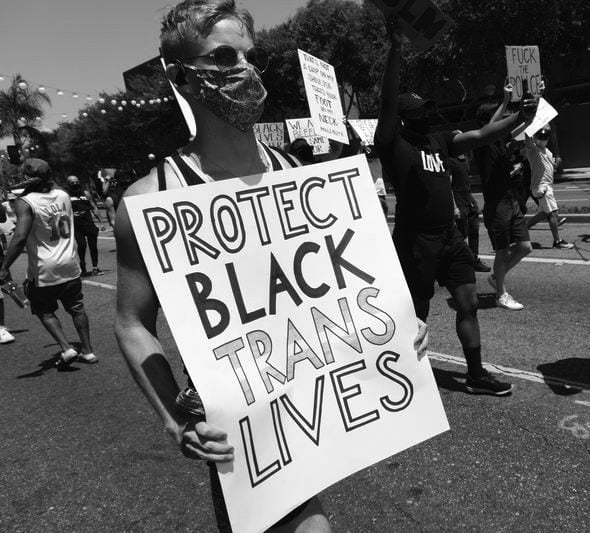 The movement for equal rights, safety, and protection of black people is a fight for all Black people – and that includes those who are trans, gay, lesbian, and gender non-conforming. Therefore fighting for black rights means fighting for gay rights, and vice versa. Besides sharing a history of protest, struggle, and a long battle for equality, the two movements both focus on bringing about change through activism. The earliest gay rights organizations, like the Gay Liberation Front, also fought for the end of racism and equal treatment, and some of the leading figures and activists of the civil rights movement, like James Baldwin, Bayard Rustin, Angela Davis, and Audre Lorde, were also gay. And now over 50 years later, the two movements remain more connected than ever.

Black members of the LGBTQ community, especially trans women, are disproportionally affected by violence. 26 trans people were killed in 2019, and trans women face higher rates of homelessness and incarceration. Protecting the wellbeing – and lives- of these members of the black and gay communities is a challenge we can face together. Because a threat to one of us is a threat to all of us. 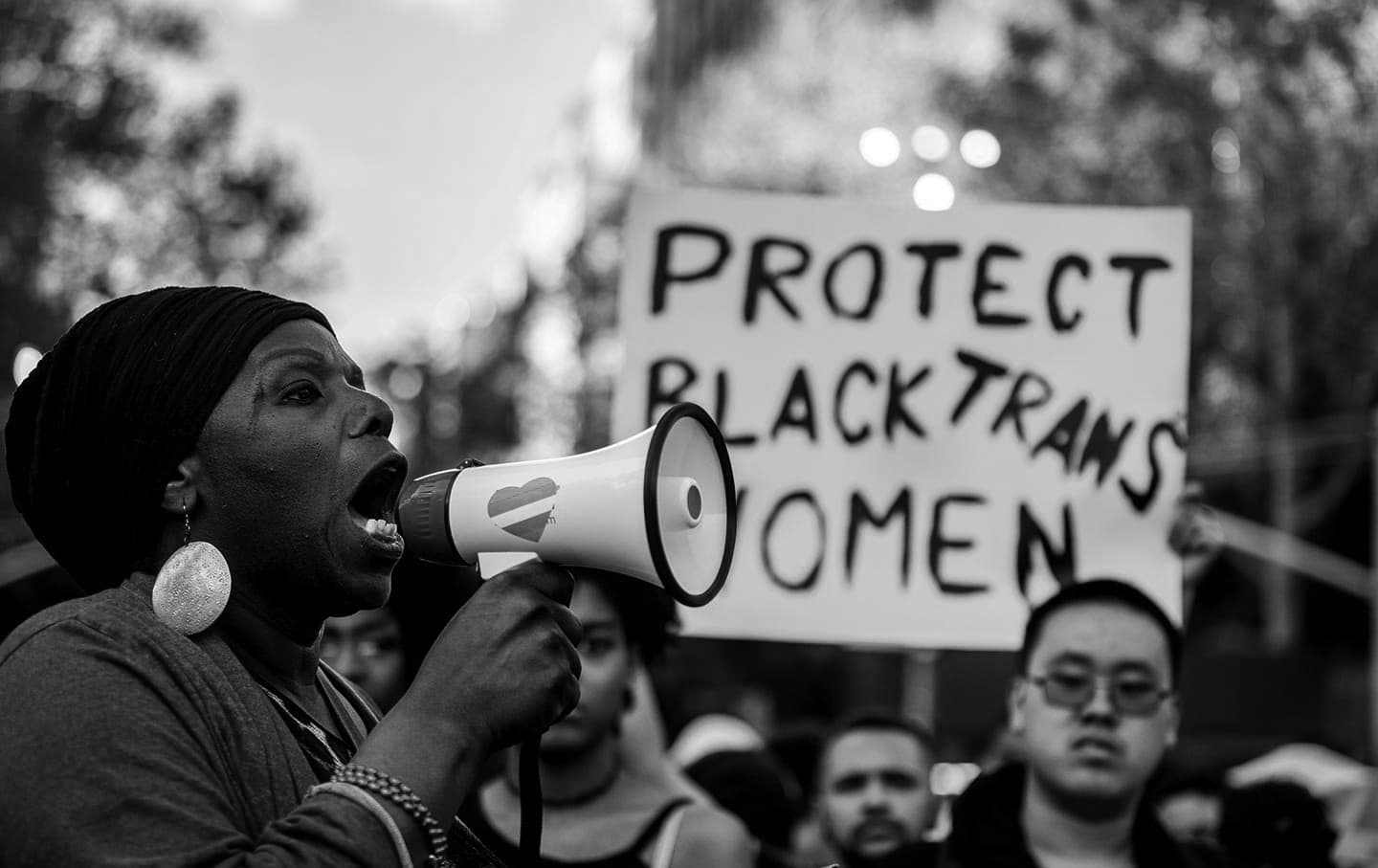 How You Can Help

There are a number of organizations dedicated to raising awareness, changing laws, and improving the lives of members of the Black LGBTQ community. Here are just a few resources and ways you can volunteer, learn, or donate to the cause.

Connecting members of the Black LGBTQ community with information and resources to educate, engage, and empower their fight for equity and access.

A community-led funding initiative to support grassroots trans justice groups, run by and for trans people

The Freedom Fund posts bail to secure the safety and liberty of LGBTQ people in jail and immigration detention. 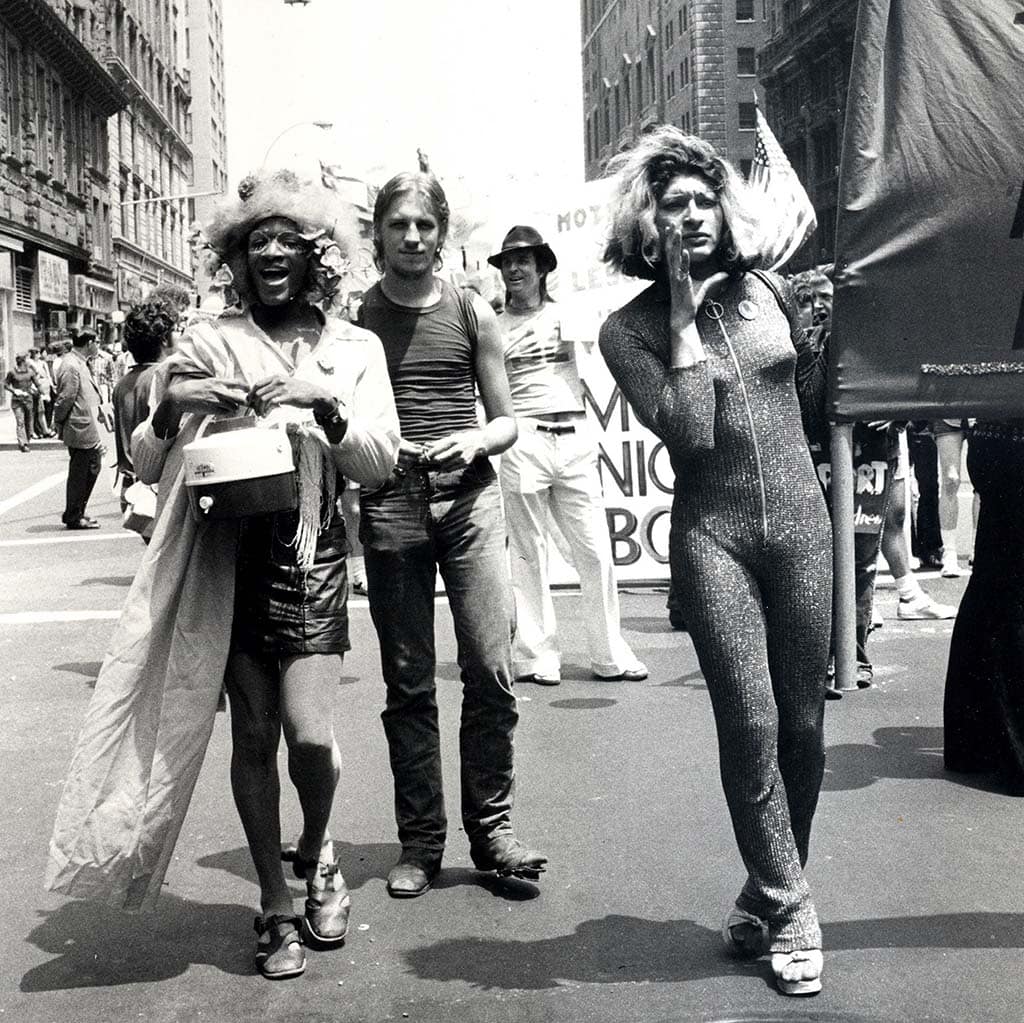 Celebrate Pride by educating yourself even further on the movement. Here are some articles and books that you can read to learn more about the history of gay rights, and the role of black members of the community.

A six-part docu-series created by 7 LGBTQ+ directors. Each episode focuses on a different decade, including the queer legacy of the civil rights movement.

We Are Everywhere: Protest, Power, and Pride in the History of Queer Liberation

Through the lenses of protest, power, and pride, this book is a photographic introduction to the history of the fight for queer liberation.

The Deviant’s War: The Homosexual vs. the United States of America

A book breaking down the history of the systematic persecution of gay federal employees, and the forgotten ties that bound gay rights to the Black Freedom Movement.

The Beginning of Stonewall

An article looking back on the events of Stonewall, and a video roundtable with younger and older activists.

The Real History Behind The Stonewall Riot

Background information on the Stonewall Inn itself, how it began, the riots, and how it’s changed through the years.

Stonewall at 50: How the Iconic LGBTQ Institution Keeps the Spirit of ‘69 Alive Today

An interview with the new owners of the Stonewall Inn and how they are keeping memories of the movement alive while moving into the 21st Century. 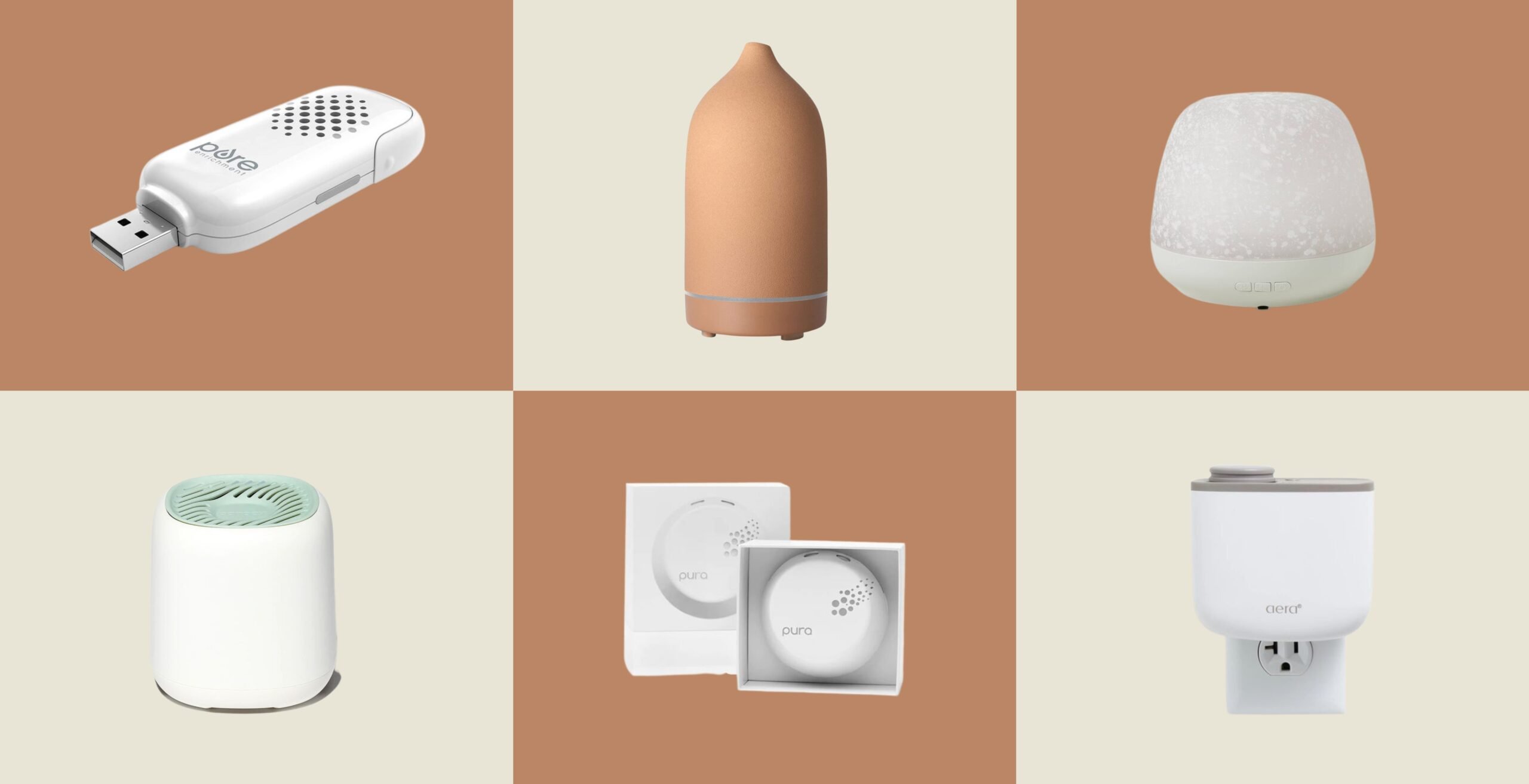 The Best Scent Diffusers To Beat The Winter Blahs 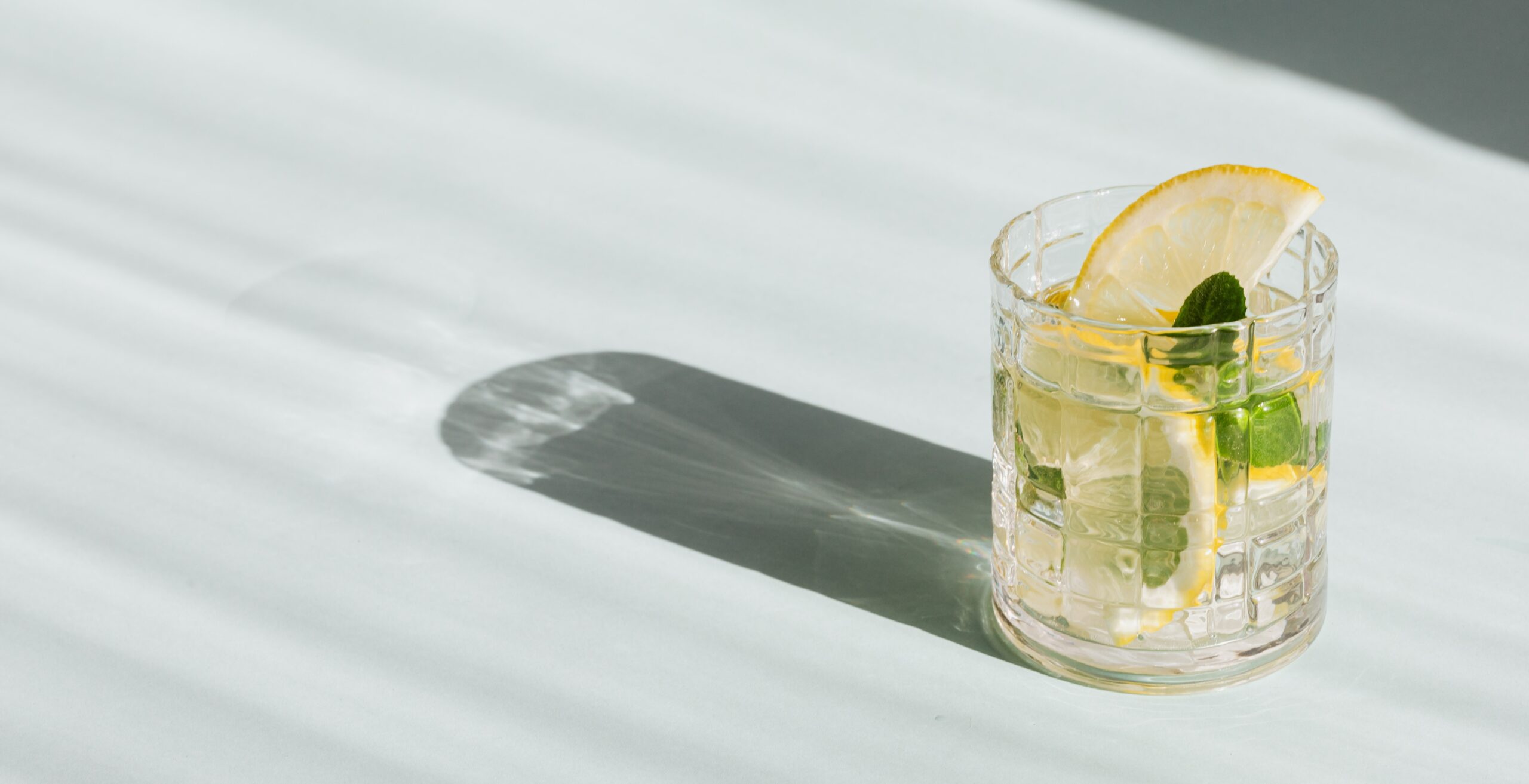 Dry January: How To Do It The Right Way