Ready to see our modern take on another memorable TV interior? We already brought you the updated loft of some of your favorite ‘Friends’, and now we’re back with a space that served as the backdrop for so many iconic TV moments. So get ready to see a stylish new ‘Seinfeld’ made for 2021.

Airing for 9 seasons, ‘Seinfeld’ ushered in a new era of the TV sitcom and delivered some of the most talked-about (and quoted) episodes of all time. Who can forget the misadventures of Jerry, George, Elaine, and Kramer – and that classic NYC apartment where it all went down. And now you’re going to see it like you never have before. So keep scrolling for our re-design of Jerry’s living room from ‘Seinfeld’  – including all the shoppable products!

And don’t miss our quiz: How Your Favorite TV Living Room Can Determine Your Design Style 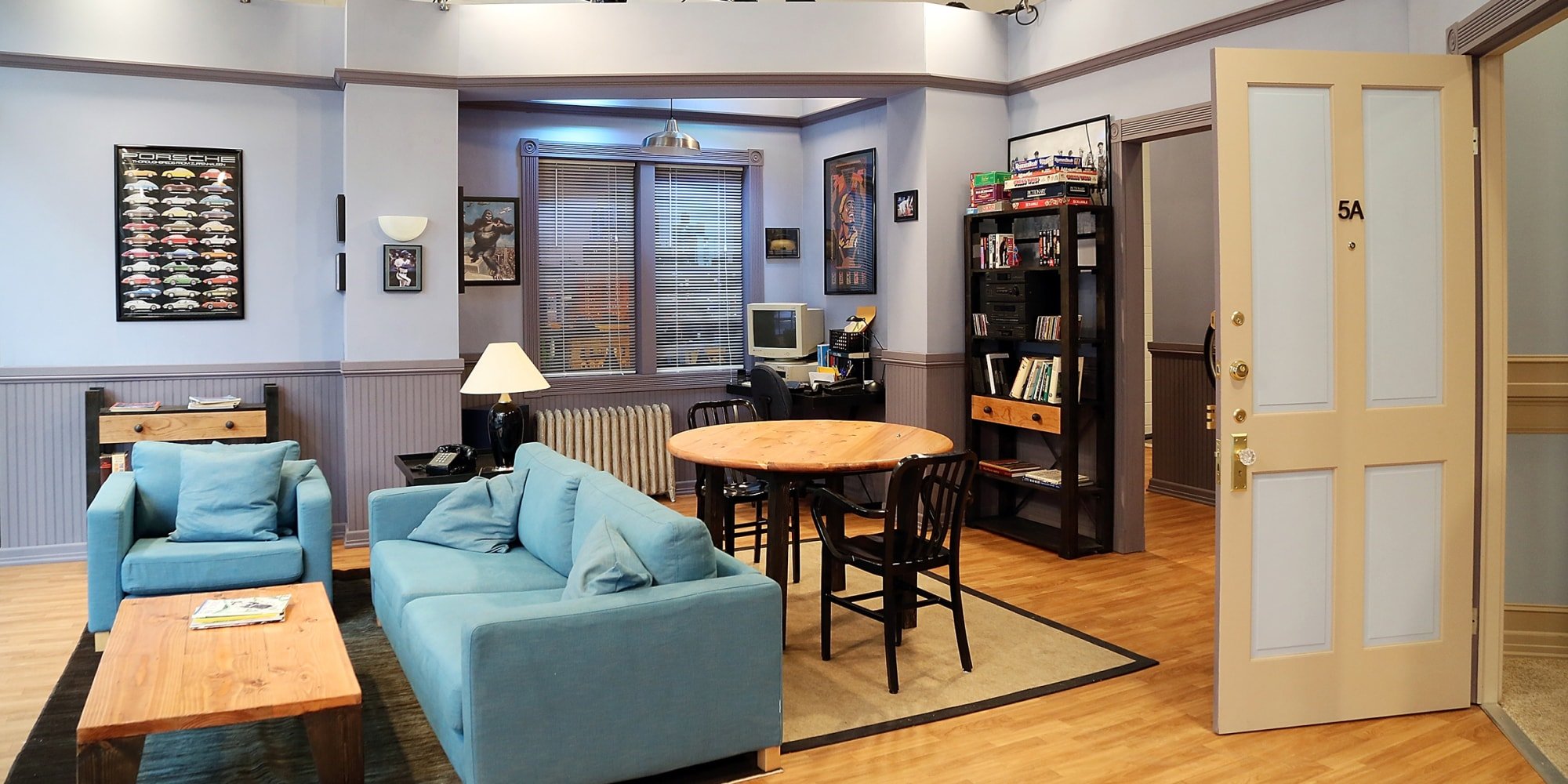 Jerry and the gang on ‘Seinfeld’ were known for delivering laughs – not for having particularly stylish apartments. And Jerry’s living room reflected a young comedian to whom interiors were definitely an afterthought. Basic furniture – like a matching teal sofa and armchair, utilitarian dining table, and simple bookshelf –  had a 90s minimalist vibe that was lacking in personality (unlike the cast). It felt as though it could have been furnished entirely from one store, with Jerry walking in, pointing to a few pieces, and yada, yada, yada…his apartment was complete. And while we do appreciate the two-tone walls with wainscotting for adding some architectural interest, we all remember this room more for the characters that inhabited it than the actual design.

Seinfeld: The Party Game About Nothing 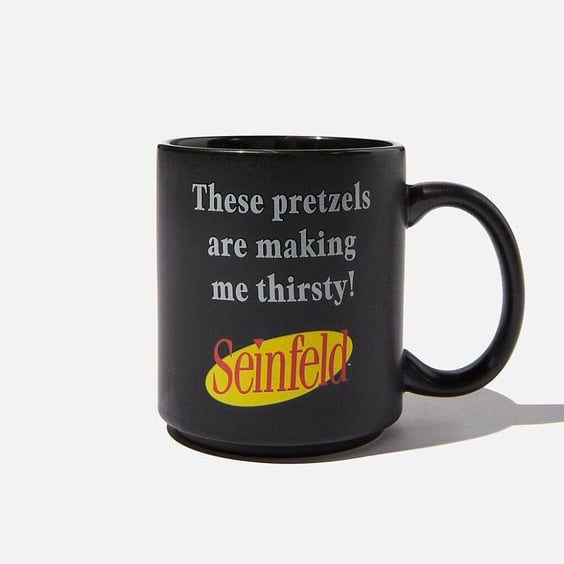 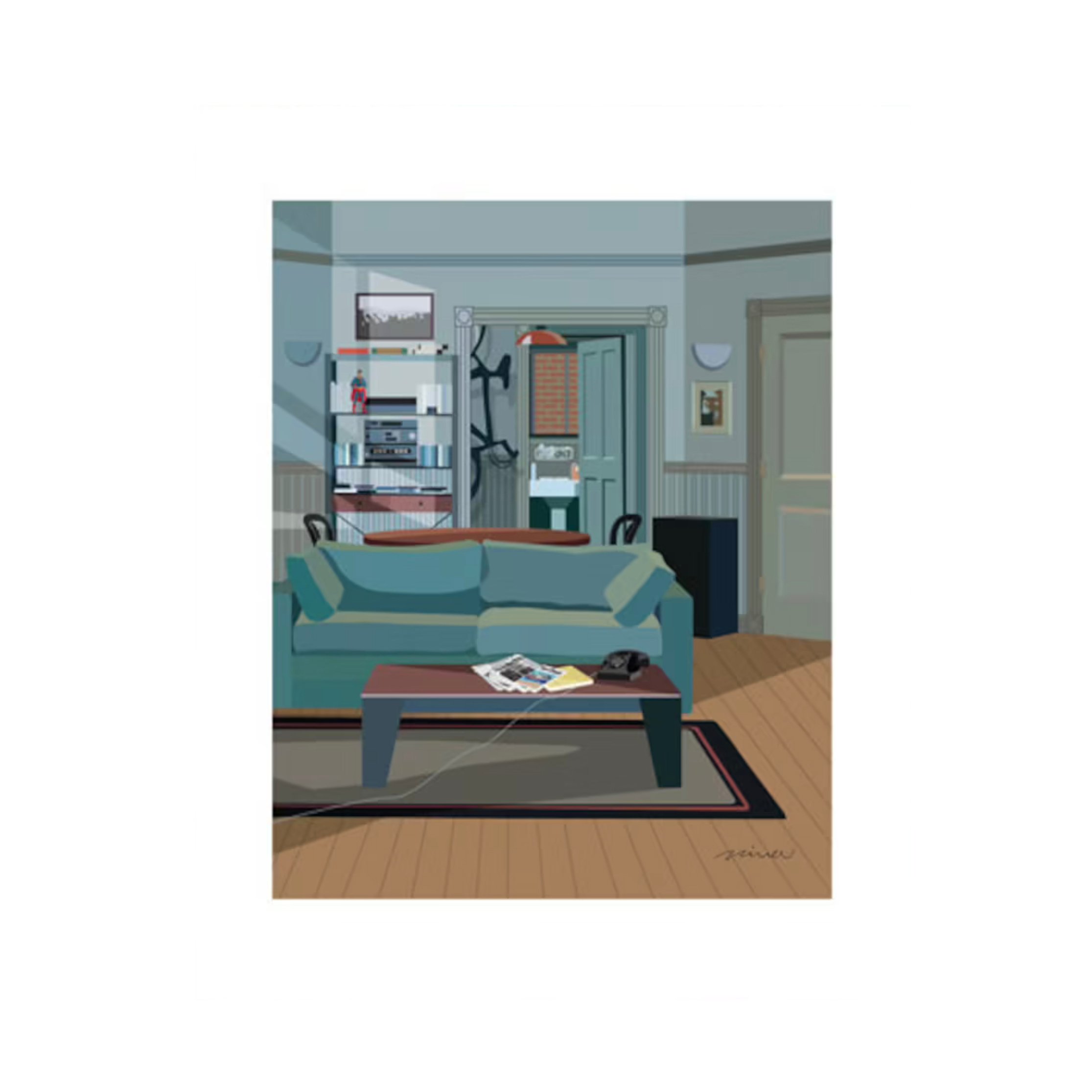 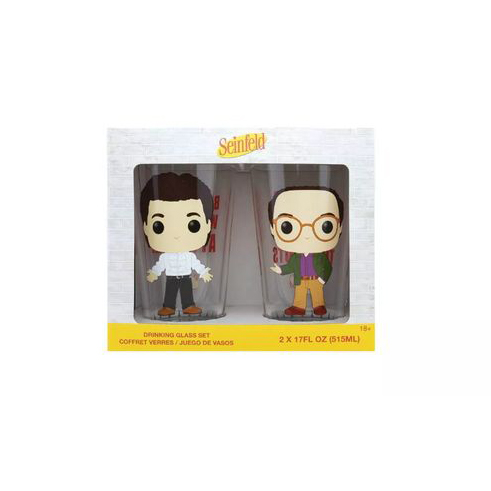 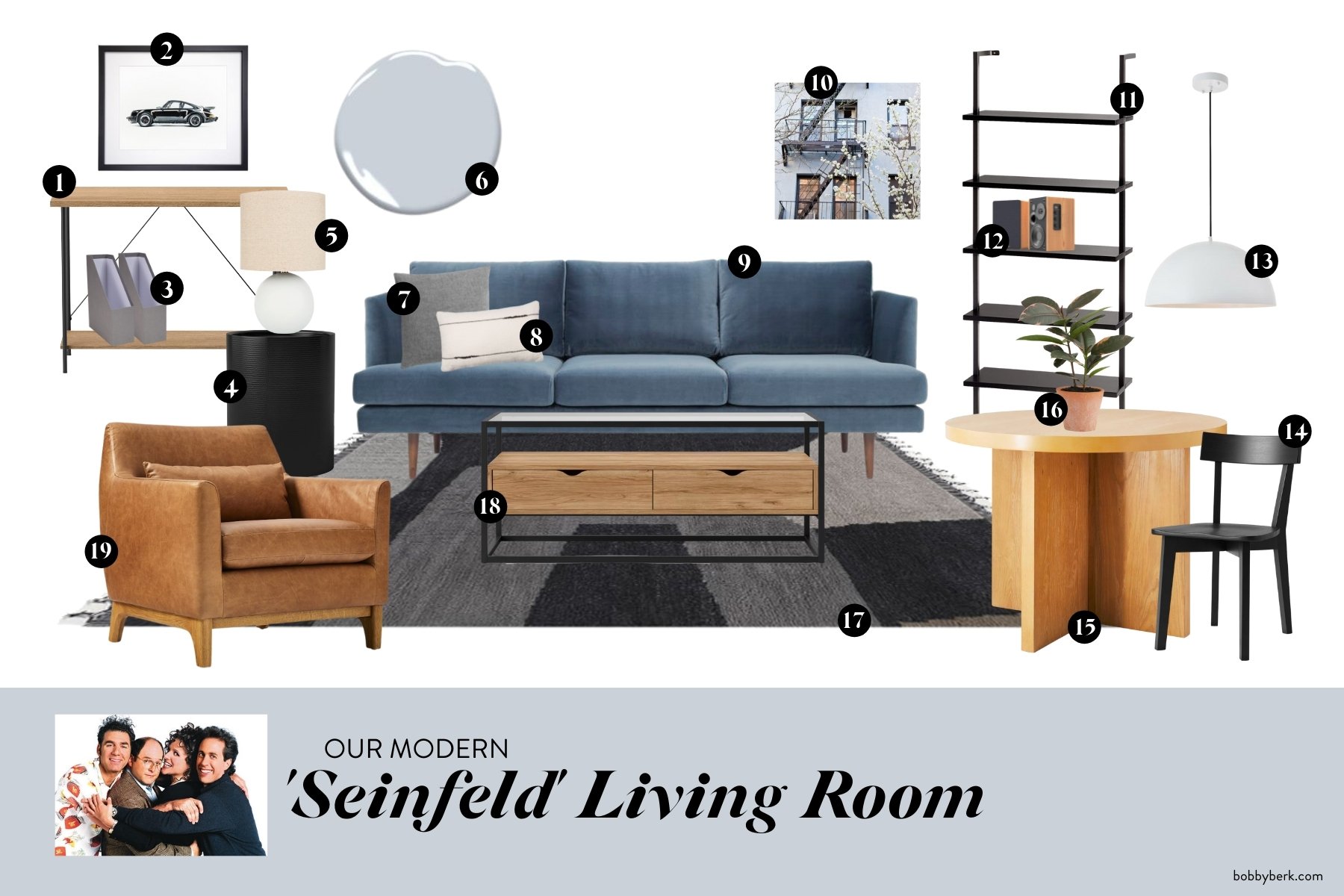 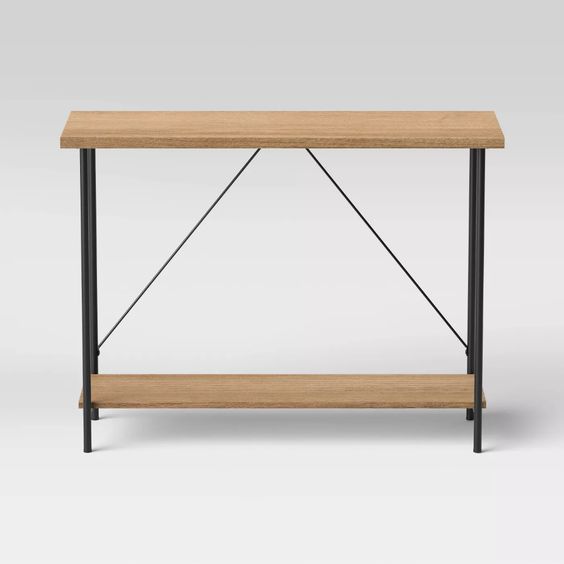 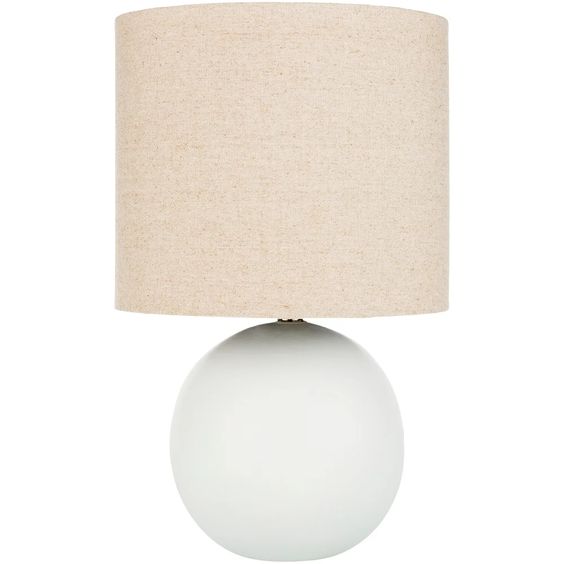 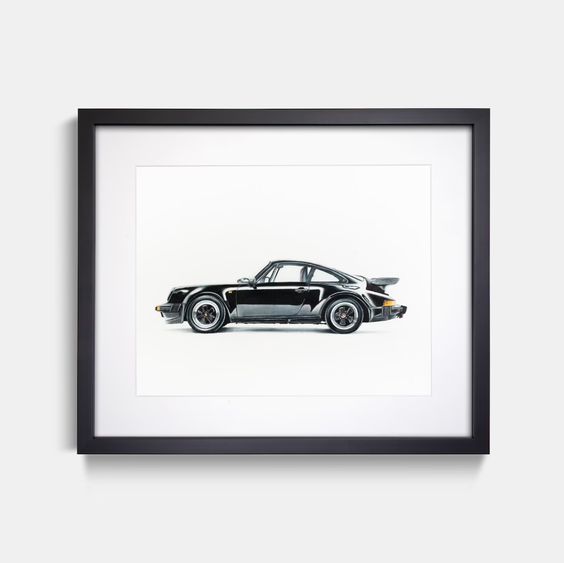 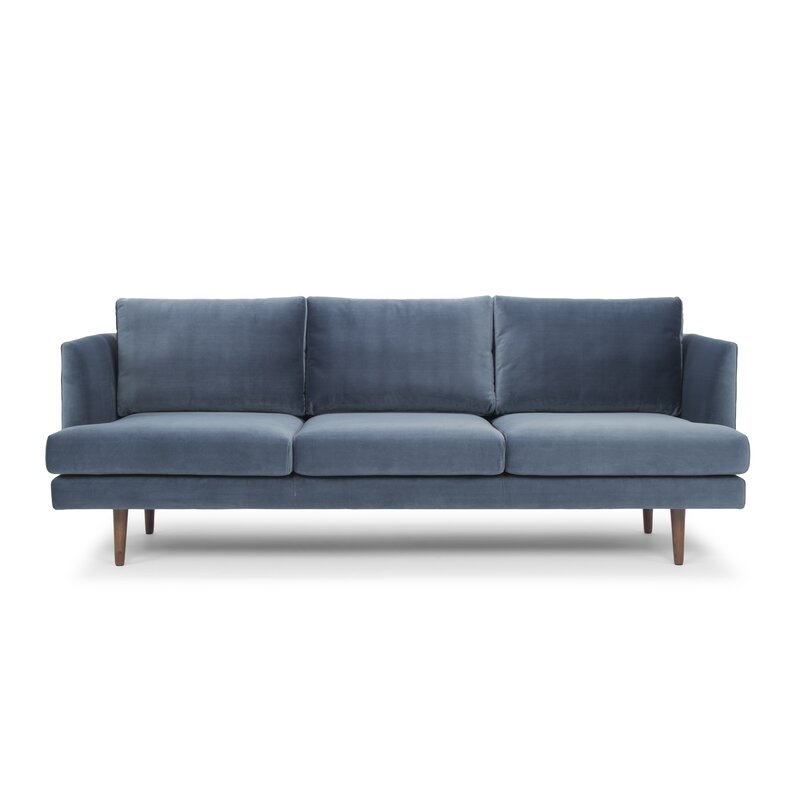 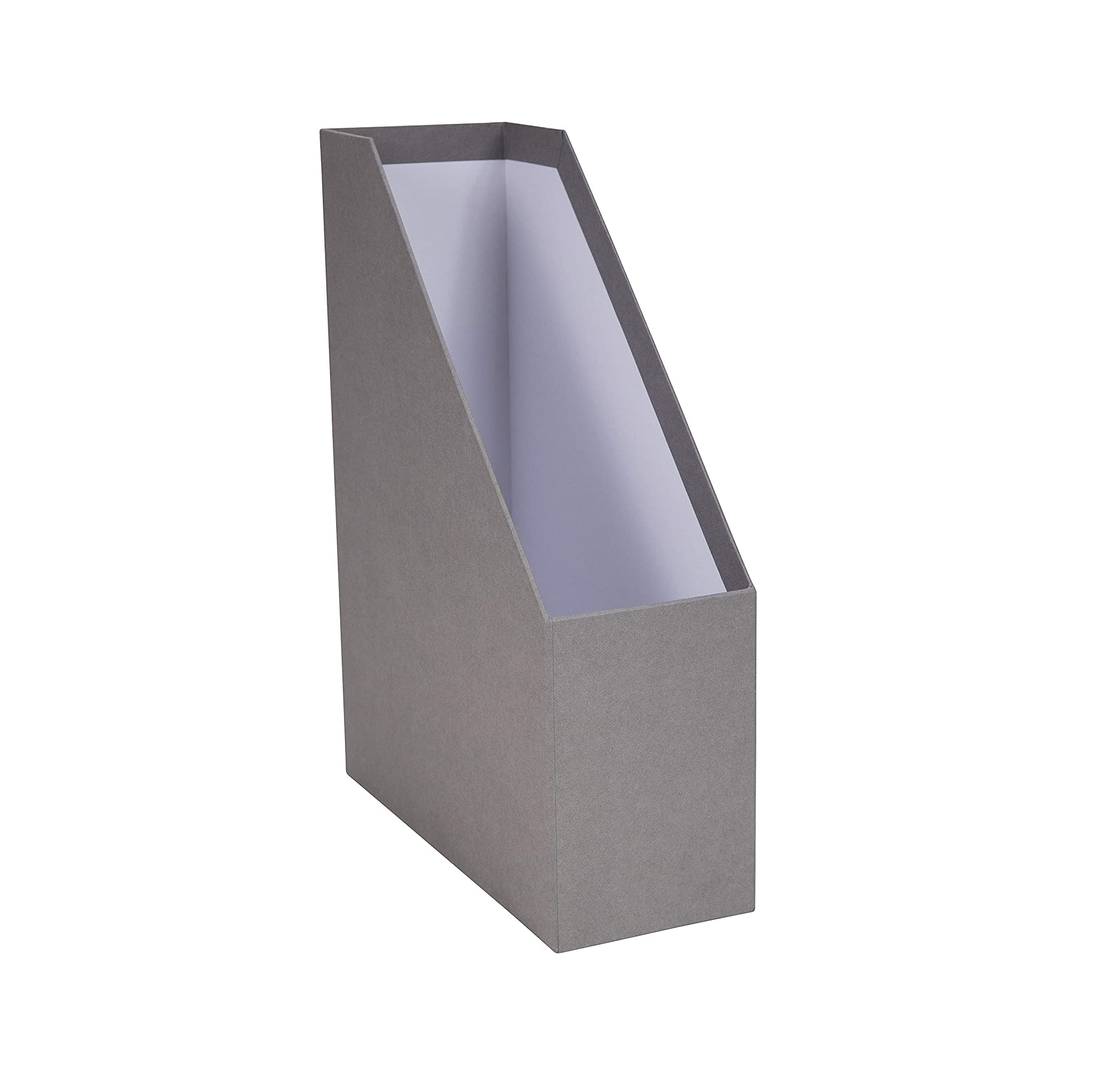 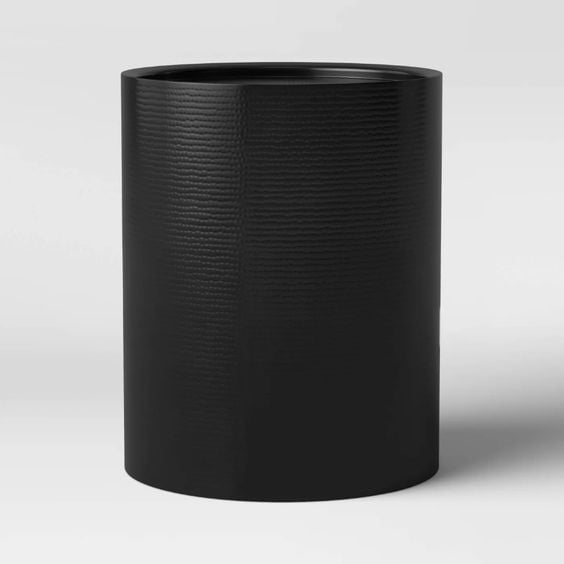 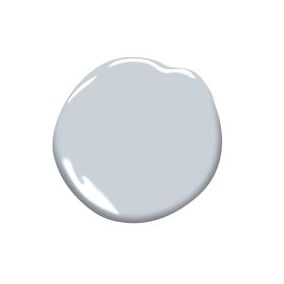 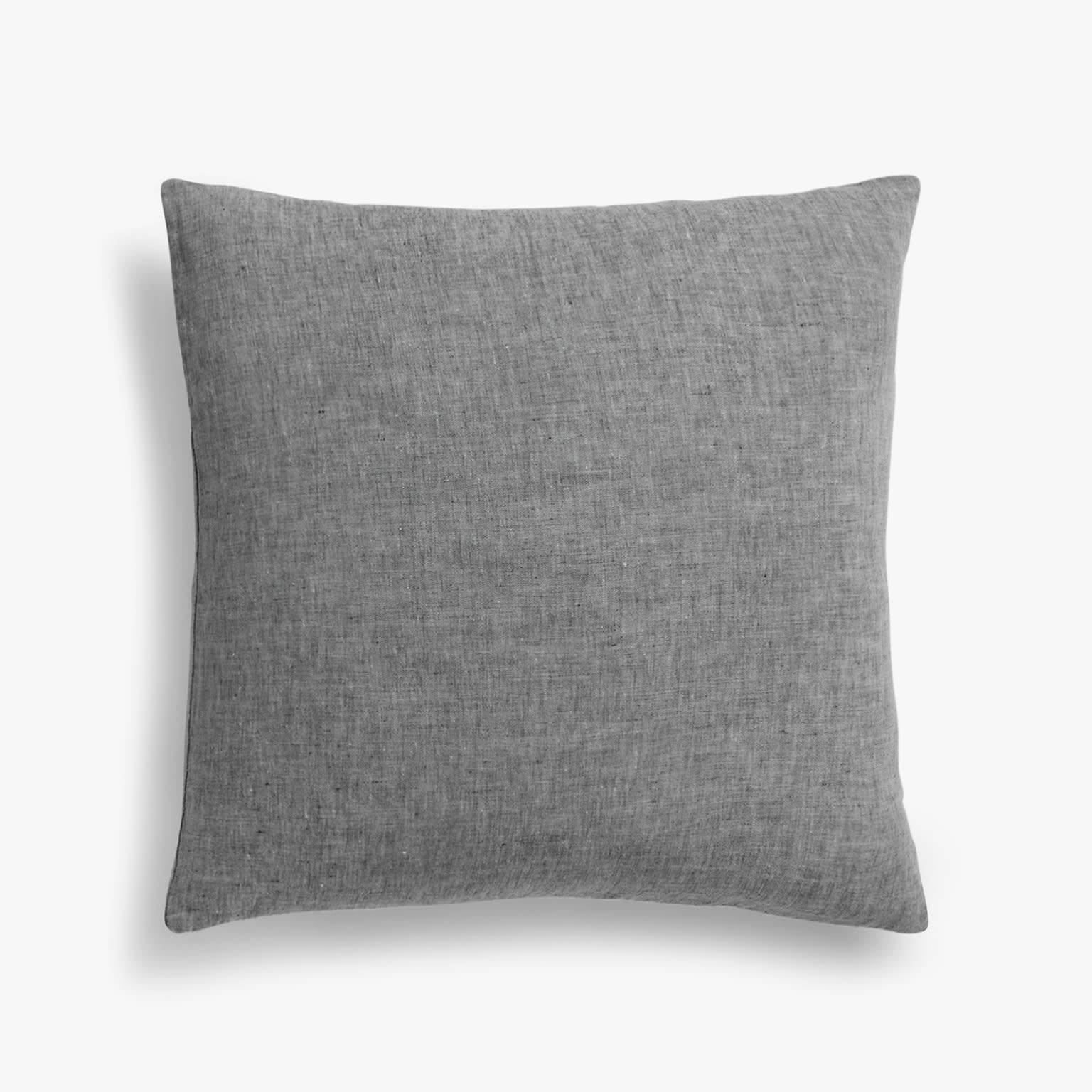 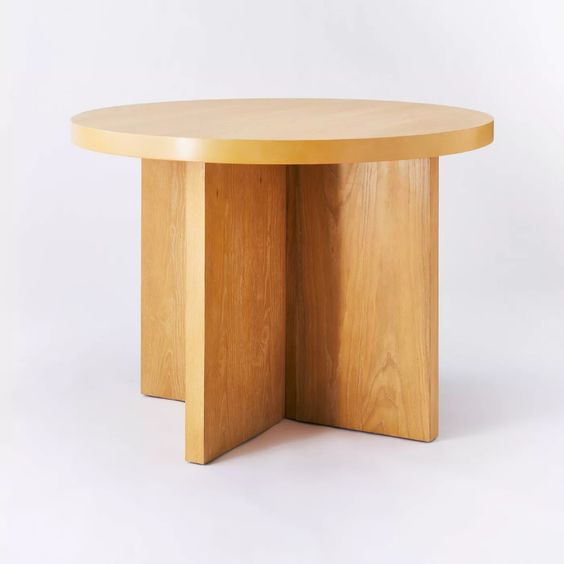 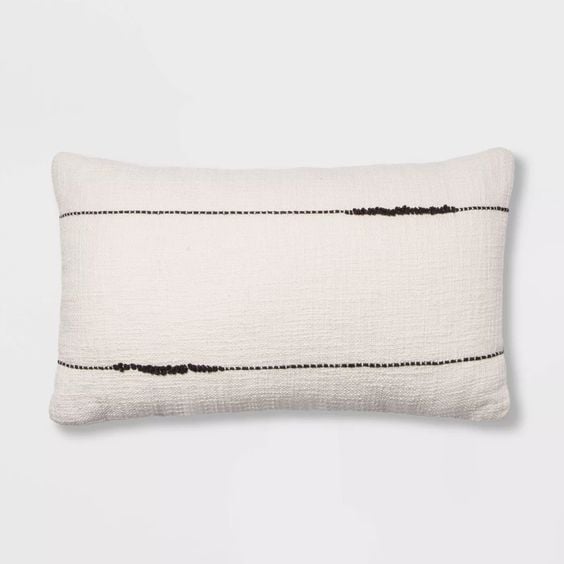 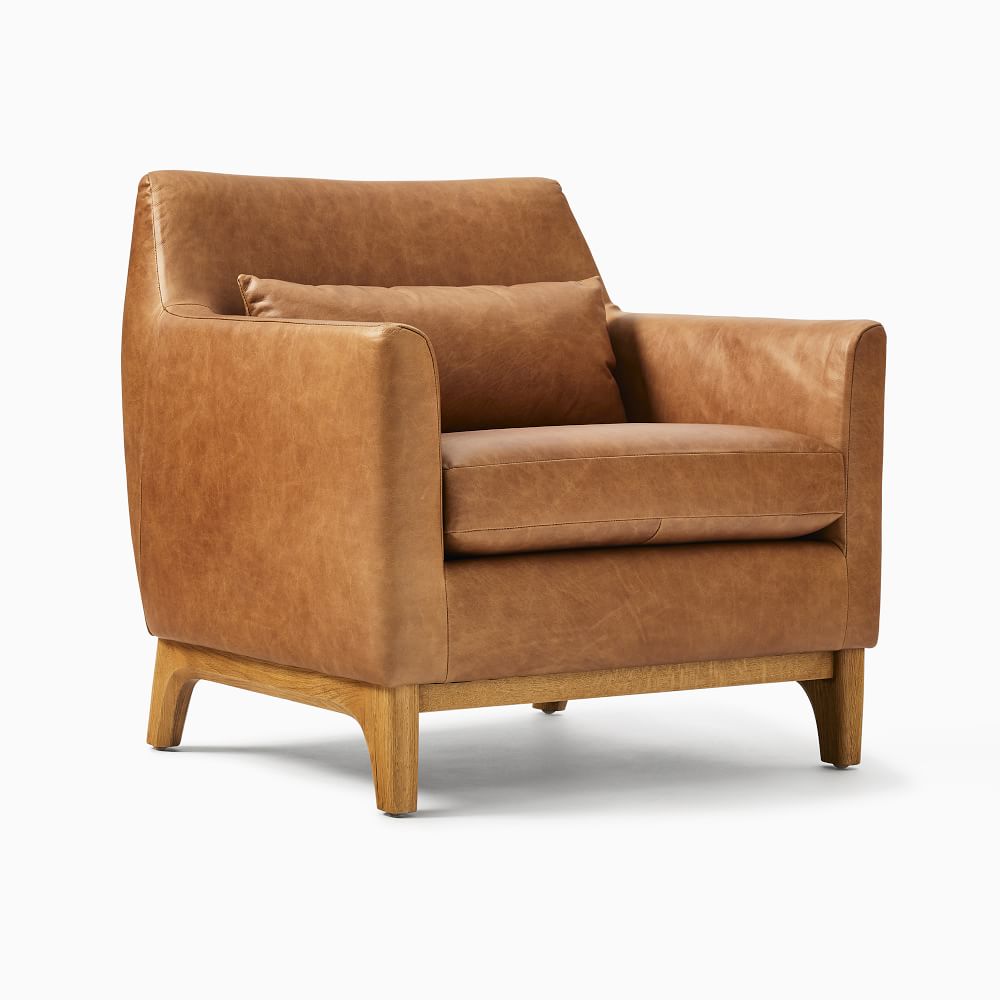 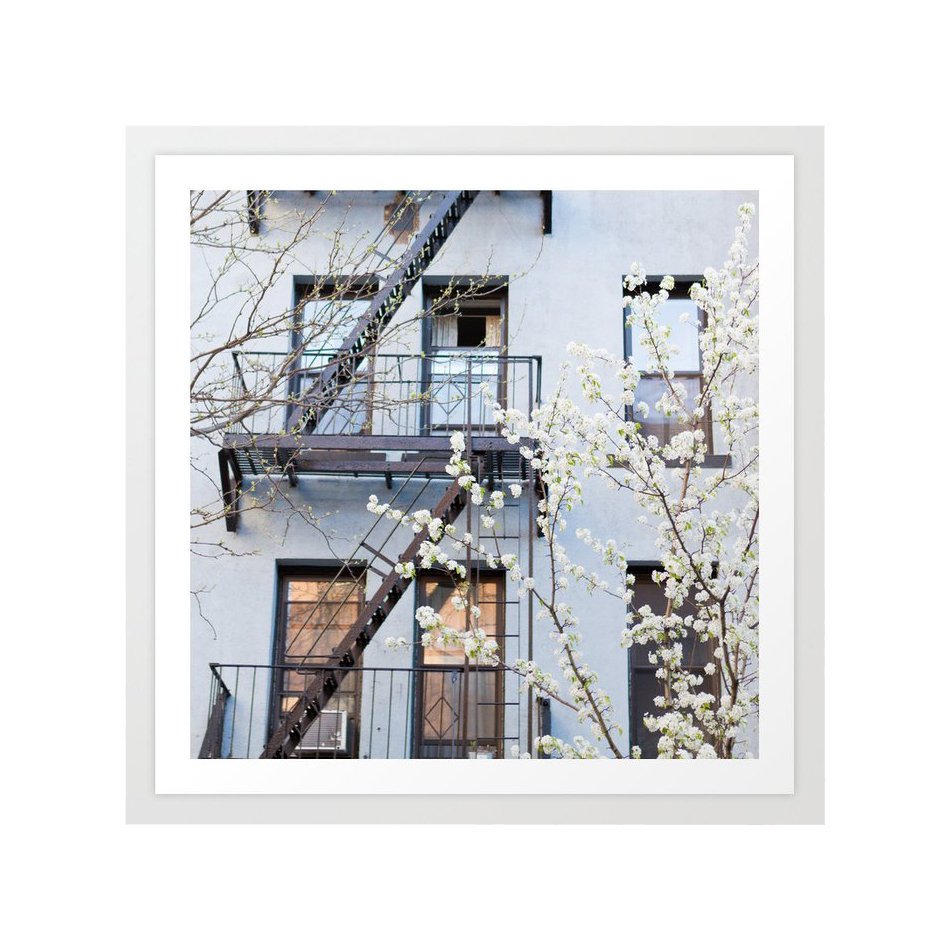 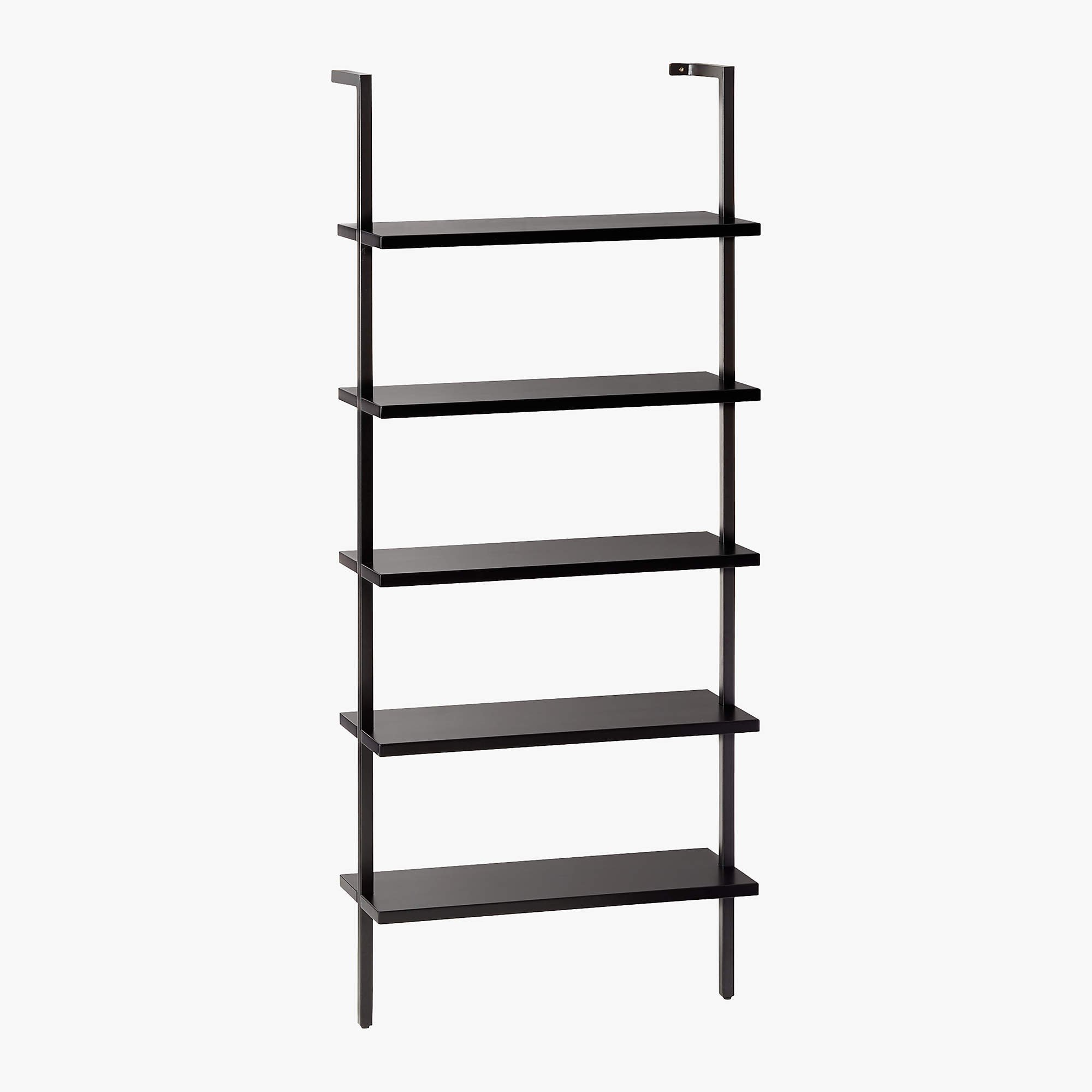 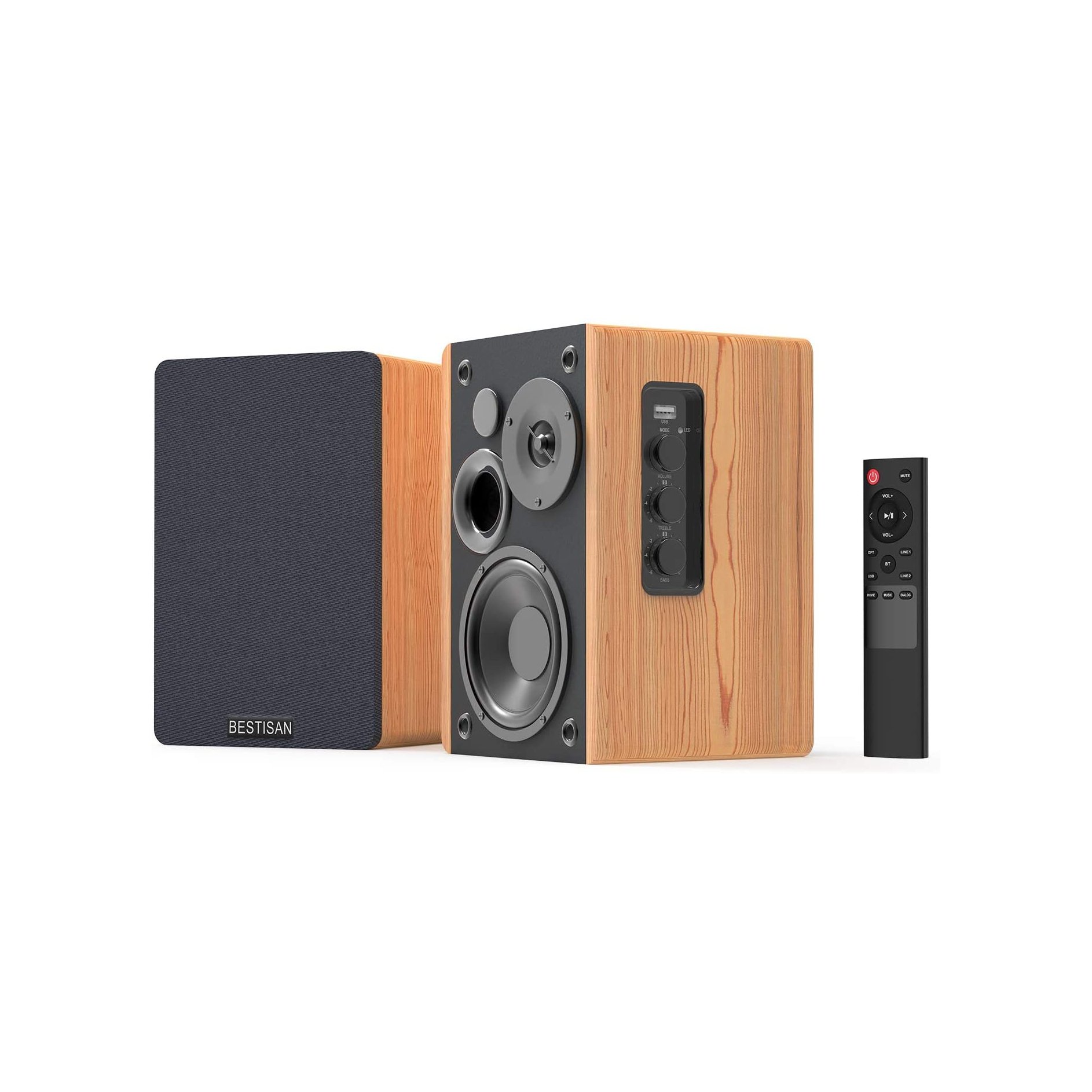 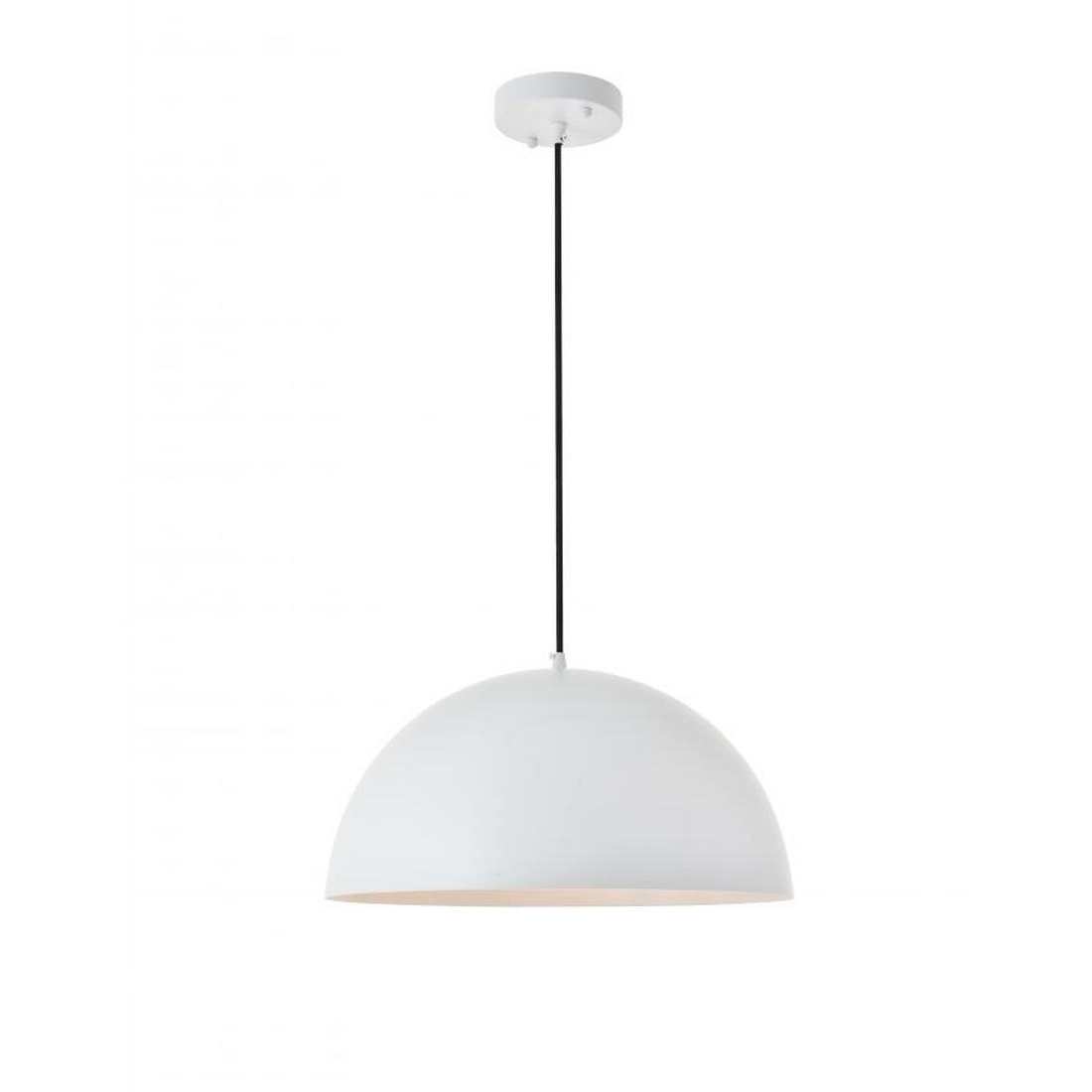 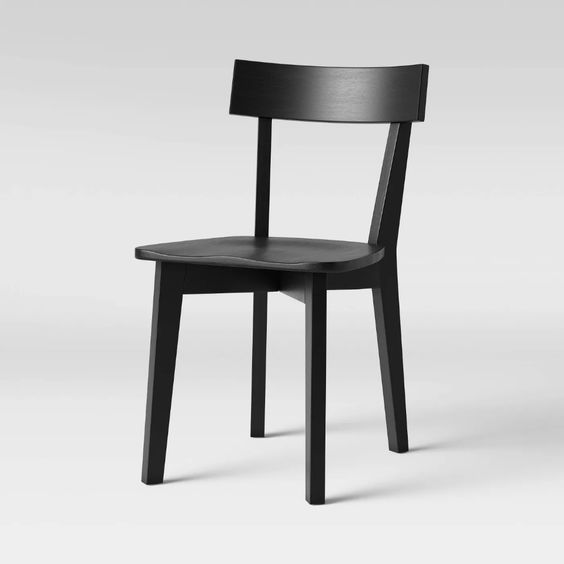 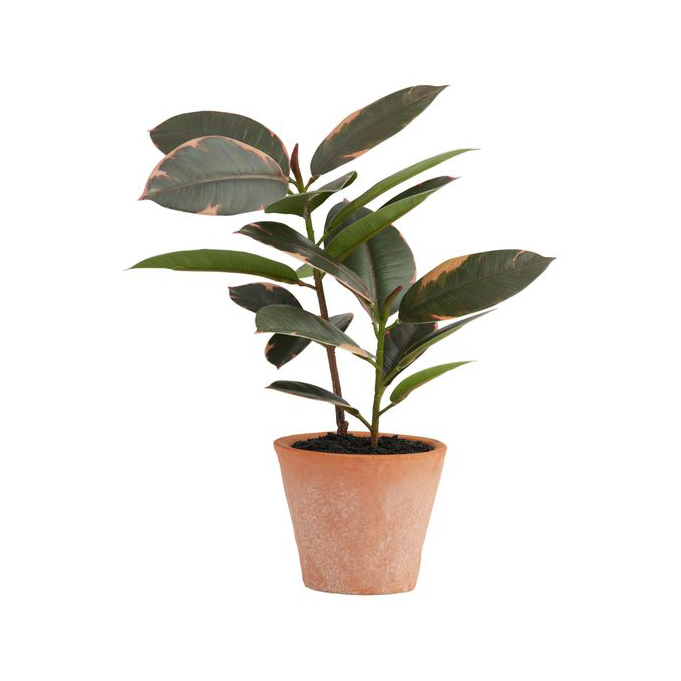 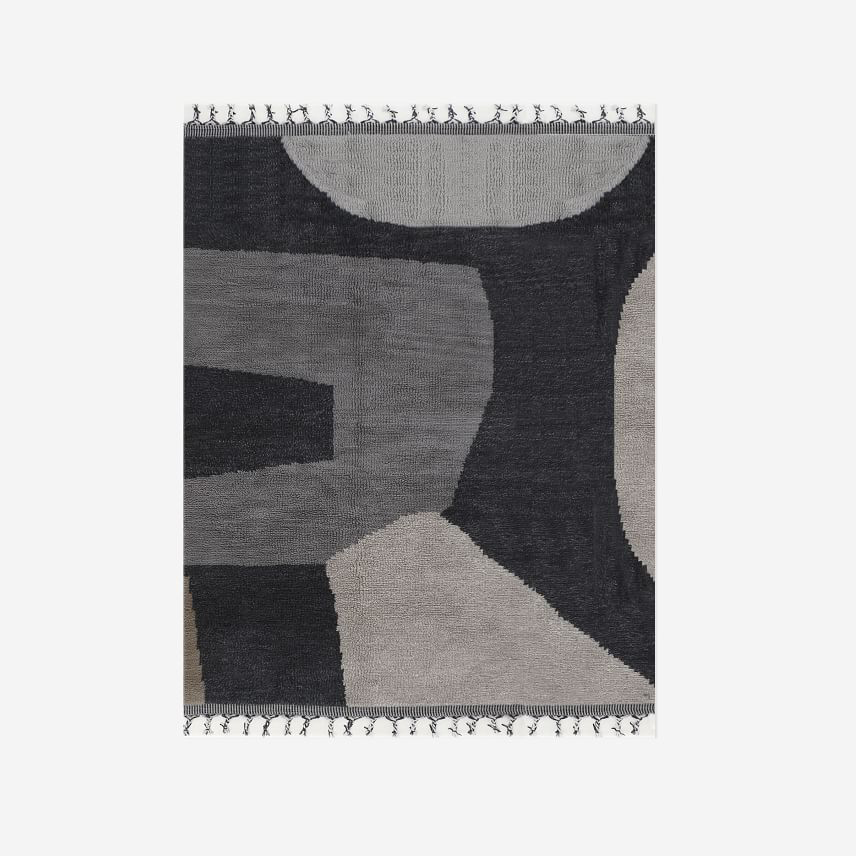 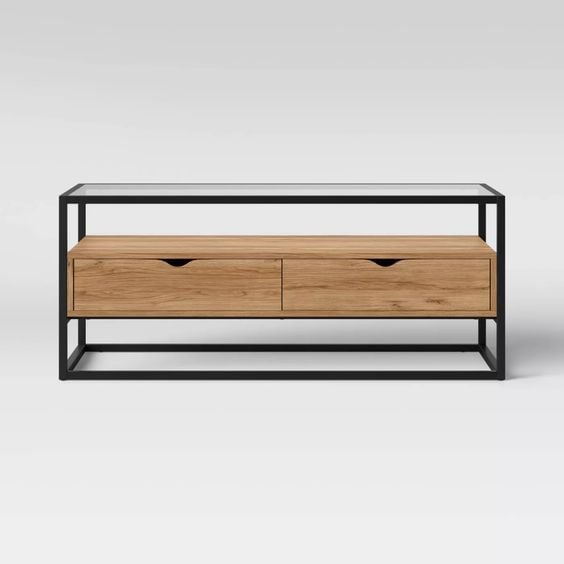 Where would Jerry, George, Elaine, and Kramer be cracking us up today? If it’s up to us, in an elevated (and considerably more stylish) version of that original apartment. Taking the more minimalist vibe of the original living room, we stuck to a similar color palette (warm wood tones, black, white, and blue) and elevated the pieces to have A LOT more personality. Starting with the walls, we toned down the two-tone and went for a sophisticated shade of blue-grey. Gone is the straight-off the sales floor furniture set, replaced by a  blue velvet sofa that stays true to the clean lines of the original, along with a more luxe leather armchair. A dark rug adds some subtle graphic pattern (this is about as wild as Jerry gets pattern-wise) while a glass and wood coffee table is a more interesting option. That generic dining table has been replaced by a solid option and paired with slender black dining chairs. The bookshelf and console (which were another matching set) now have a similar feel, tied together through slim black metal frames. We opted for clean lines in the lighting, with a simple spherical table lamp and dome pendant that have a more timeless take. Lastly, we had to upgrade Jerry’s art, replacing that Porsche poster with a more appealing print, joined by a photograph that can make even the most cynical New Yorker see the beauty of the Big Apple.

In case you missed it, be sure to check out our modern take on the ‘Friends’ loft. And Let us know what TV living room would you like to see re-designed next in the comments! 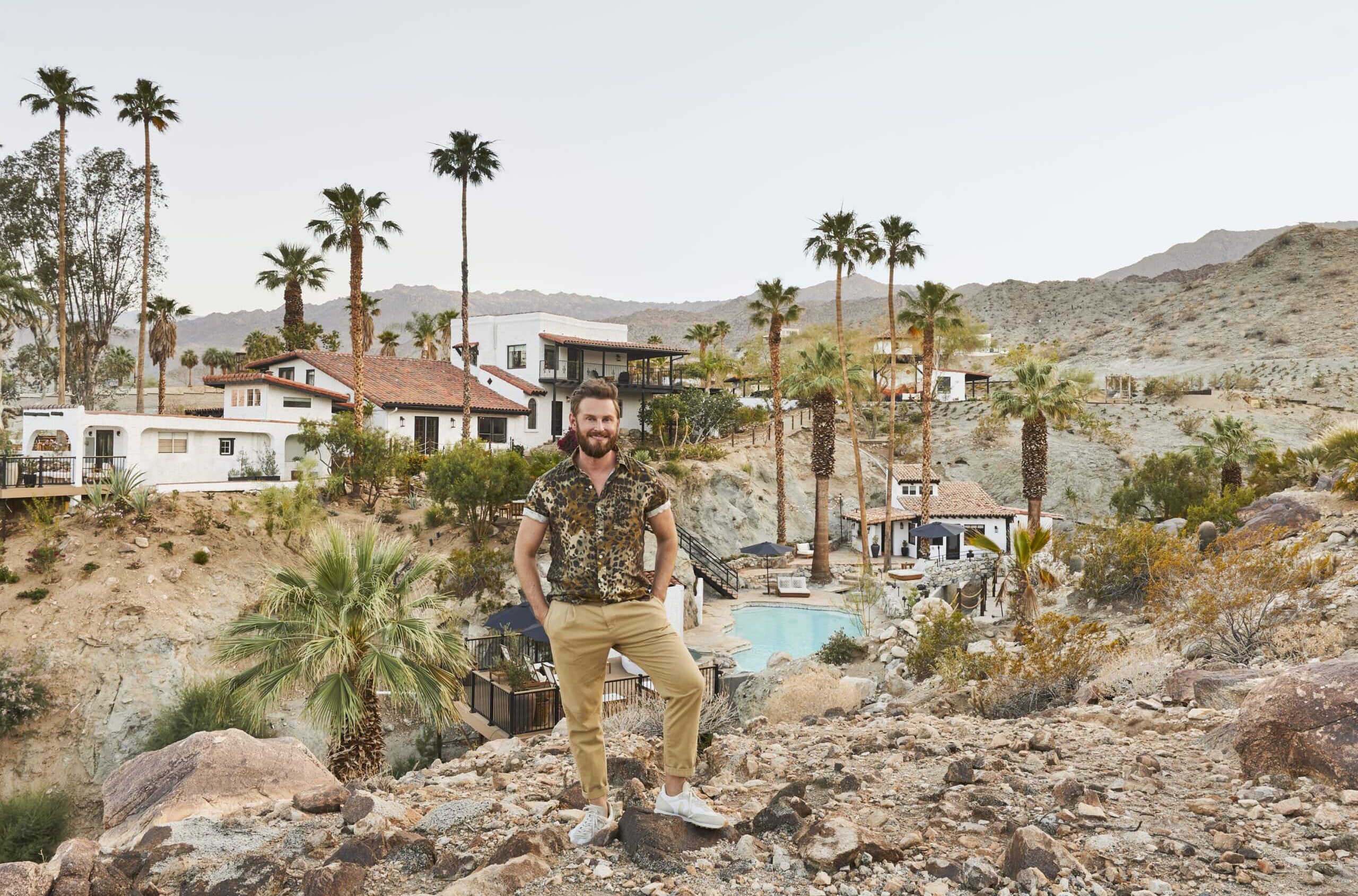 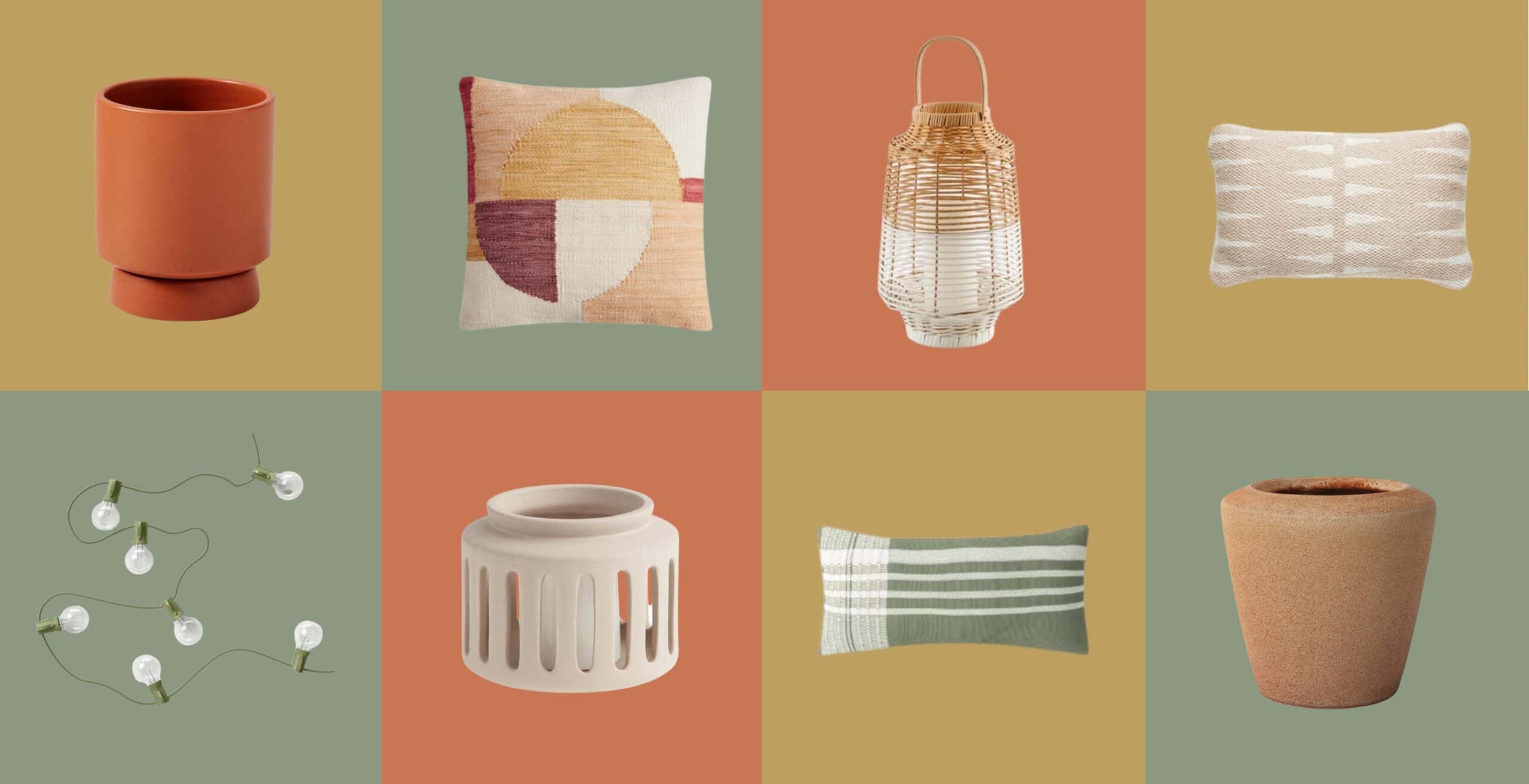 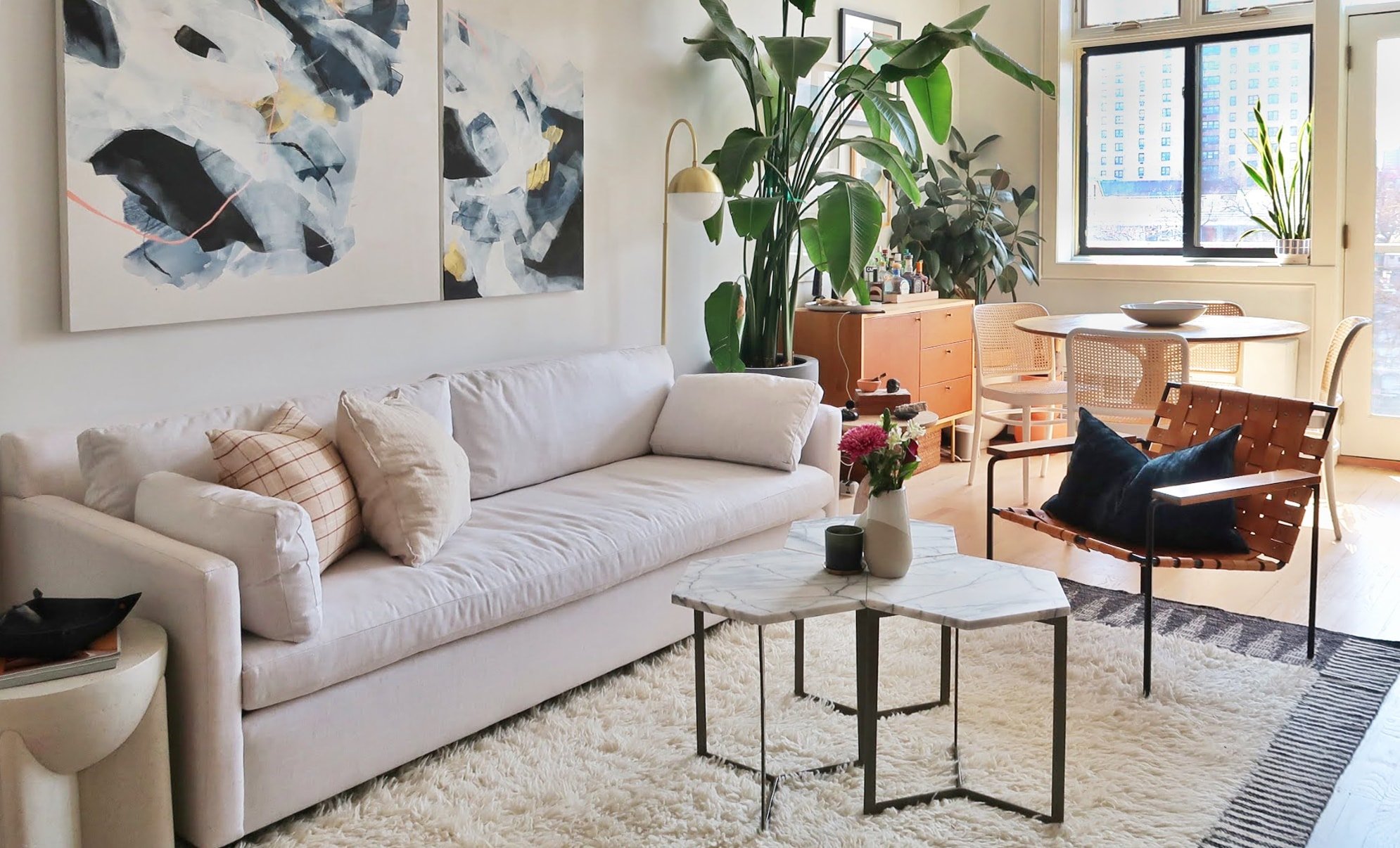