I genuinely love all of the heroes that we’ve gotten to work with on Queer Eye. Every single one of them has inspired me in some way, so I thought it would be fun to give a little BTS on some of the amazing people we call our heroes and a little bit more on what happened after we finished filming.

In season 3, episode 3 I had the opportunity to meet the Jones sisters, Mary and Deborah. I’m sure all of you have seen the episode (and if you haven’t go watch it RIGHT NOW) so I don’t have to explain to you what makes them so amazing. It was an exciting, new challenge to be able to design a business instead of someone’s home. Since the episode aired it has been amazing to watch their business grow and I couldn’t be more proud of them. So I asked Zach (our resident wellness and food contributor) to stop by to chat with them while he was in town and give you all an inside scoop on what it was like to be on the show and how their lives have changed since. Now take it away Zach! 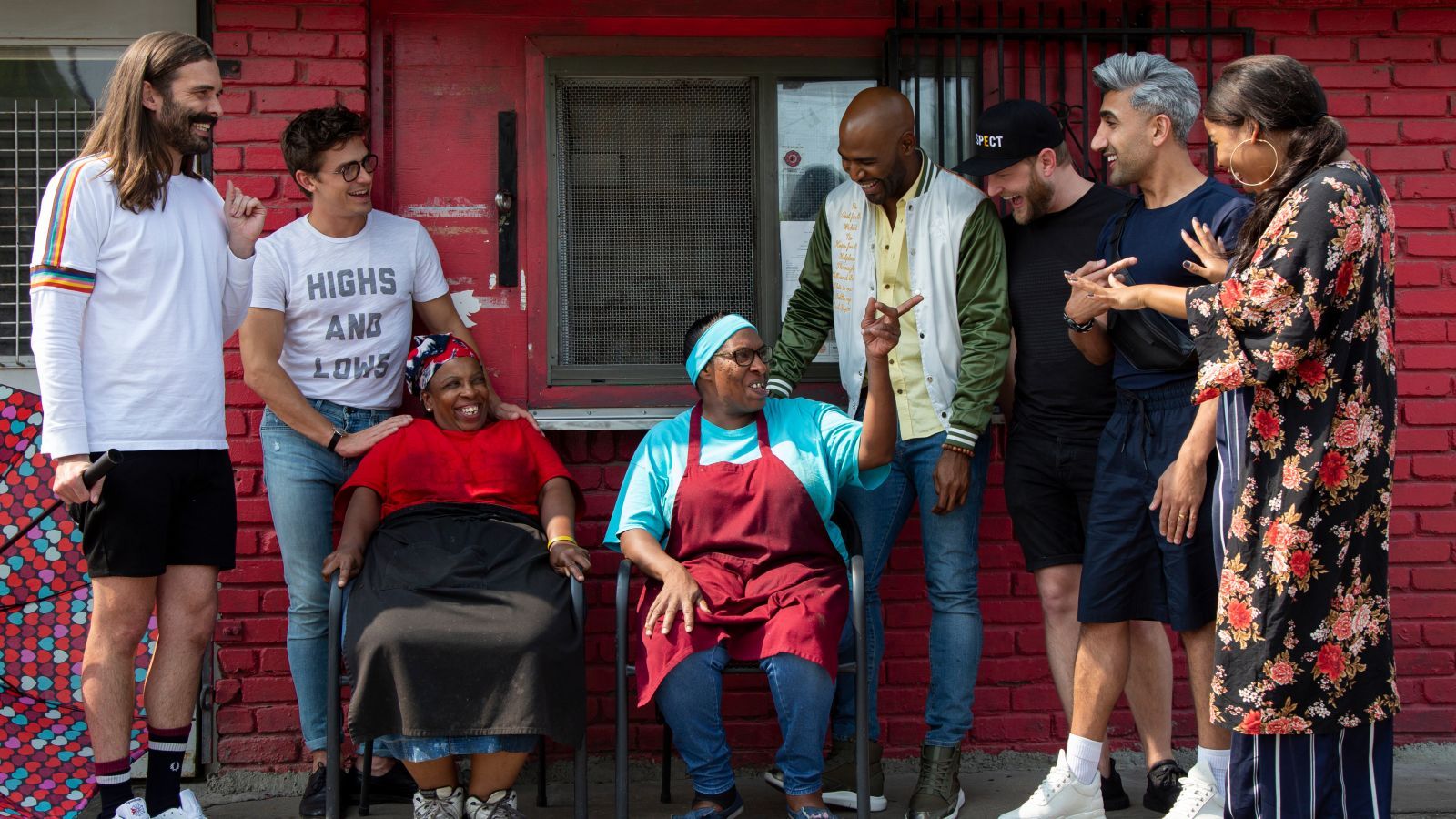 I was recently back in my hometown of Kansas City and no trip home is complete without some BBQ! Like myself, I’m sure you all watched the Jones sisters episode of Queer Eye and fell in love with Mary and Deborah (a.k.a. Shorty and Little). So I stopped by to chat with them about life after Queer Eye and of course, get a few bottles of their delicious sauce!

If you want a bottle of your own you can head over to their website (if they’re not sold out). I also wanted to include my recipe for instant pot brisket sliders. It’s an easy, delicious way to get a taste of kc wherever you live. make it for your next party, or just for yourself if you’re feeling selfish. (Interview has been edited for length and clarity) 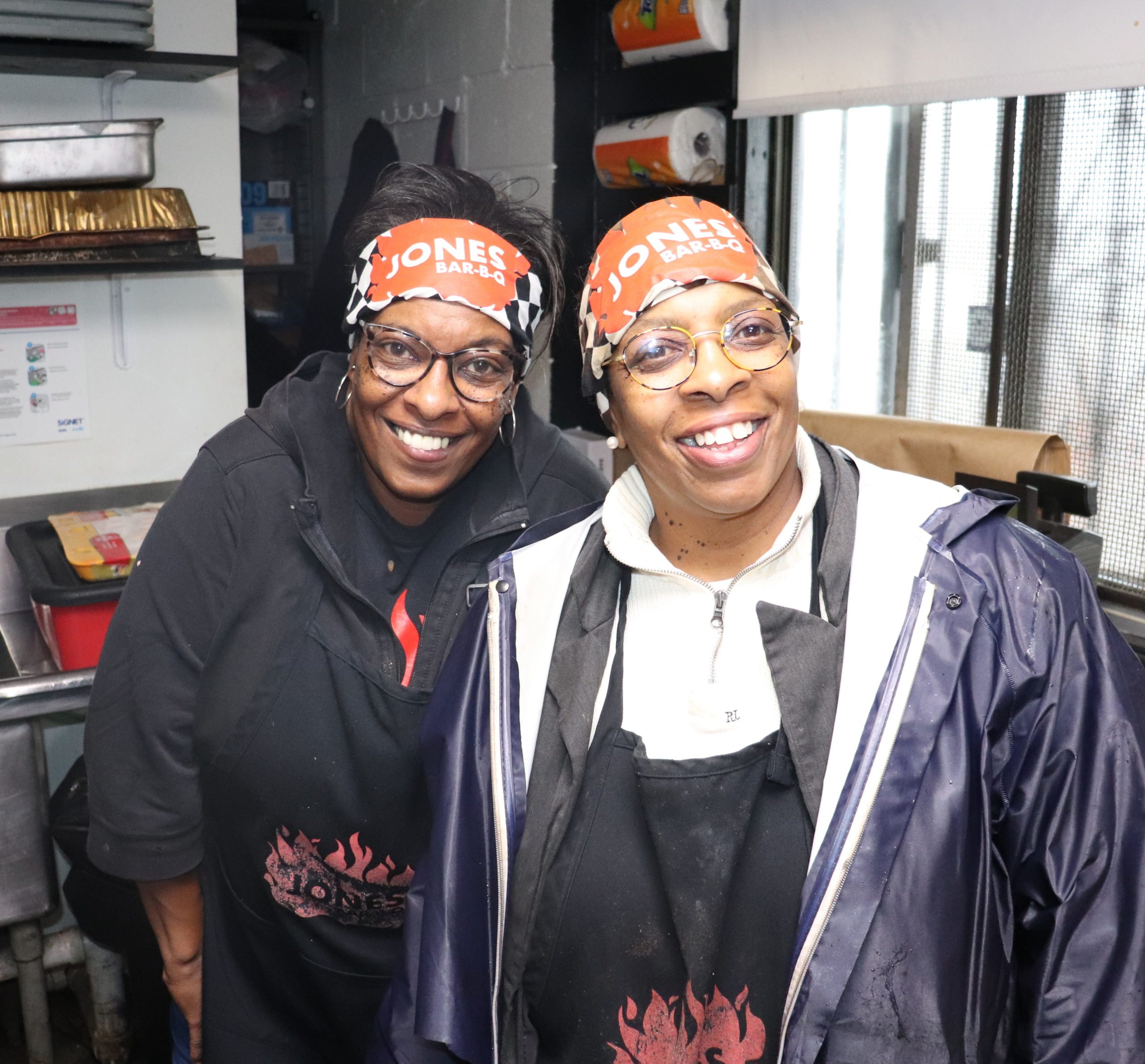 Zach: Tell me a little bit about how you got started making bbq.

Deborah: My brother didn’t have a job and I told him “let’s do something our daddy taught us.” That’s how it got kicked off. Then we just continued on after my dad and brother passed.

Zach: How have things changed since the Fab 5 came and did their make better?

Deborah: The sauce is sold out and we can’t keep up with it. It’s just wonderful.

Mary: Business has doubled. We got a bunch of brand new customers from it.

Zach: Had you seen the show.

Mary: I watched it back when Carson was on it!

Zach: Have you watched your episode? 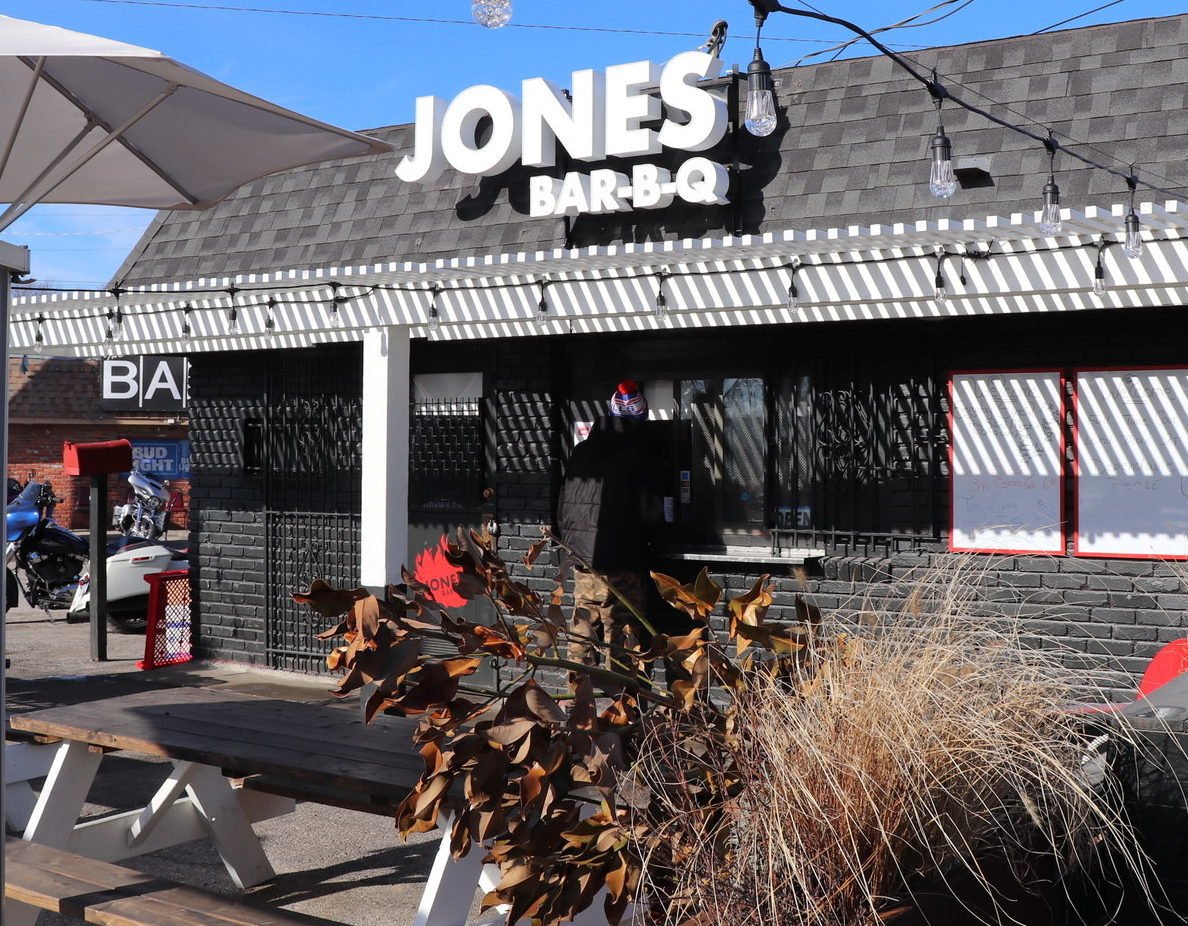 Zach: How did it feel watching yourself on tv?

Deborah: I said “I don’t know if we’re camera ready or not!”

Mary: They need to come work for us again.

Zach: You get to spend a lot of time with the Fab 5 and then it gets cut down to 45 minutes. Are there any memorable moments that didn’t make the show, but you want people to know about?

Mary: When we were on the way to the dentist we had a heavy conversation going on. They showed a clip of it, but when they took me I didn’t know where I was going. Me and Tan and Jonathan had a conversation about life, the world, about how people accept others. It was a really good, personal conversation. That was touching. The physical makeover is well and good, and I’m very humble and grateful, but for me it was personal. They gave me back something I lost along the way. They also taught me that it’s okay to be Shorty. I can be who I am and be ok. I will say this, that was the best week of my life. I’m a year from being 60 and that was the best week of my life.

Deborah: The story of the racing flag. That’s why Bobby made the bandanas black and white checkered like a racing flag. When our daddy first opened the restaurant he used to stand out on the street waving a racing flag at drivers to get them to pull over. He would give them a little taste of the bbq for free and that’s how he got customers.

Zach: Did Antoni ever figure out what the secret ingredient is in the sauce?

Mary: No, we never told him.

Deborah: He kept trying, but he respected the secret.

Zach: Anything else you want everyone to know?

Mary: Tell Bobby he’s cool. He’s just cool. The impact they left on us, our lives will never be the same.

Deborah: If they ever need something, I don’t care what it is, and we’re still living please call us.

Mary: I loved them. If everybody would put just a little effort toward somebody, it could be a conversation or just a smile, think about how far along we would be in this world. The hatred, the racism, all that could just go away if we all put an effort toward each other. They are such an example of that.

Now – here is a little recipe using their sauce that we put together. 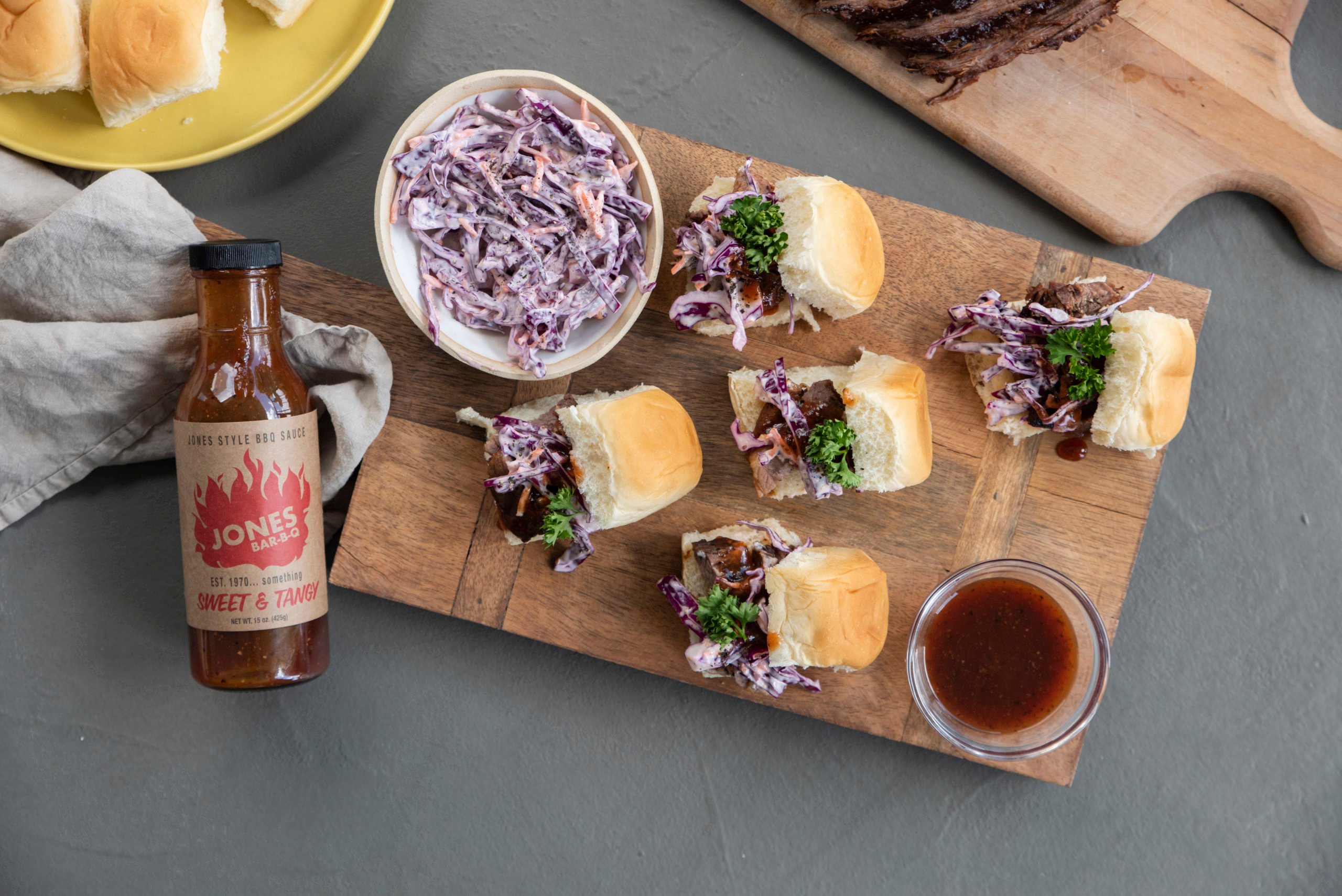 In honor of the Jones sisters delicious sauce (if you were lucky enough to get some of it) we decided to create an easy brisket recipe you can make with it. This makes a lot, so invite some friends over and share (it’s what the Jones sisters would do)! 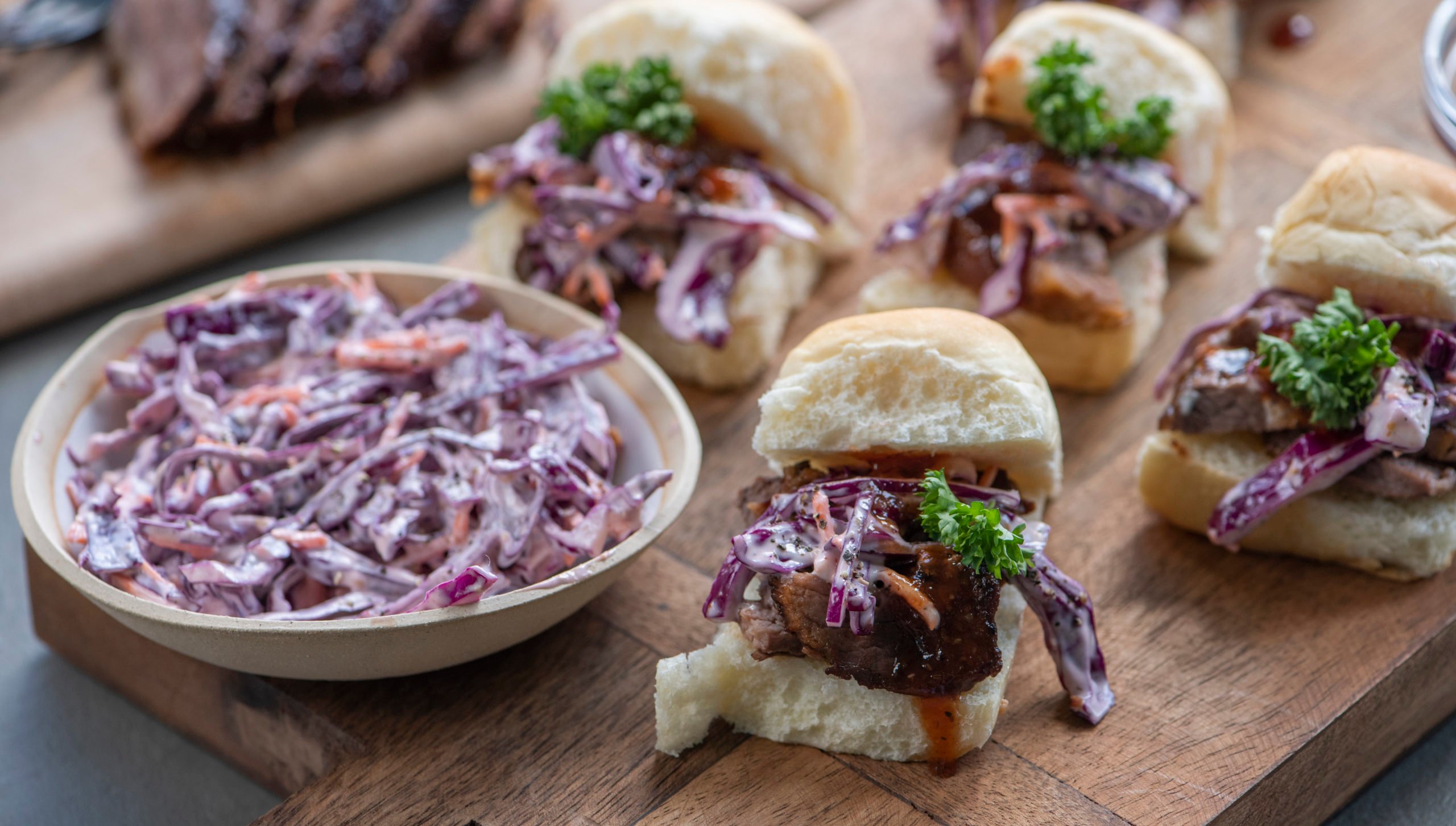 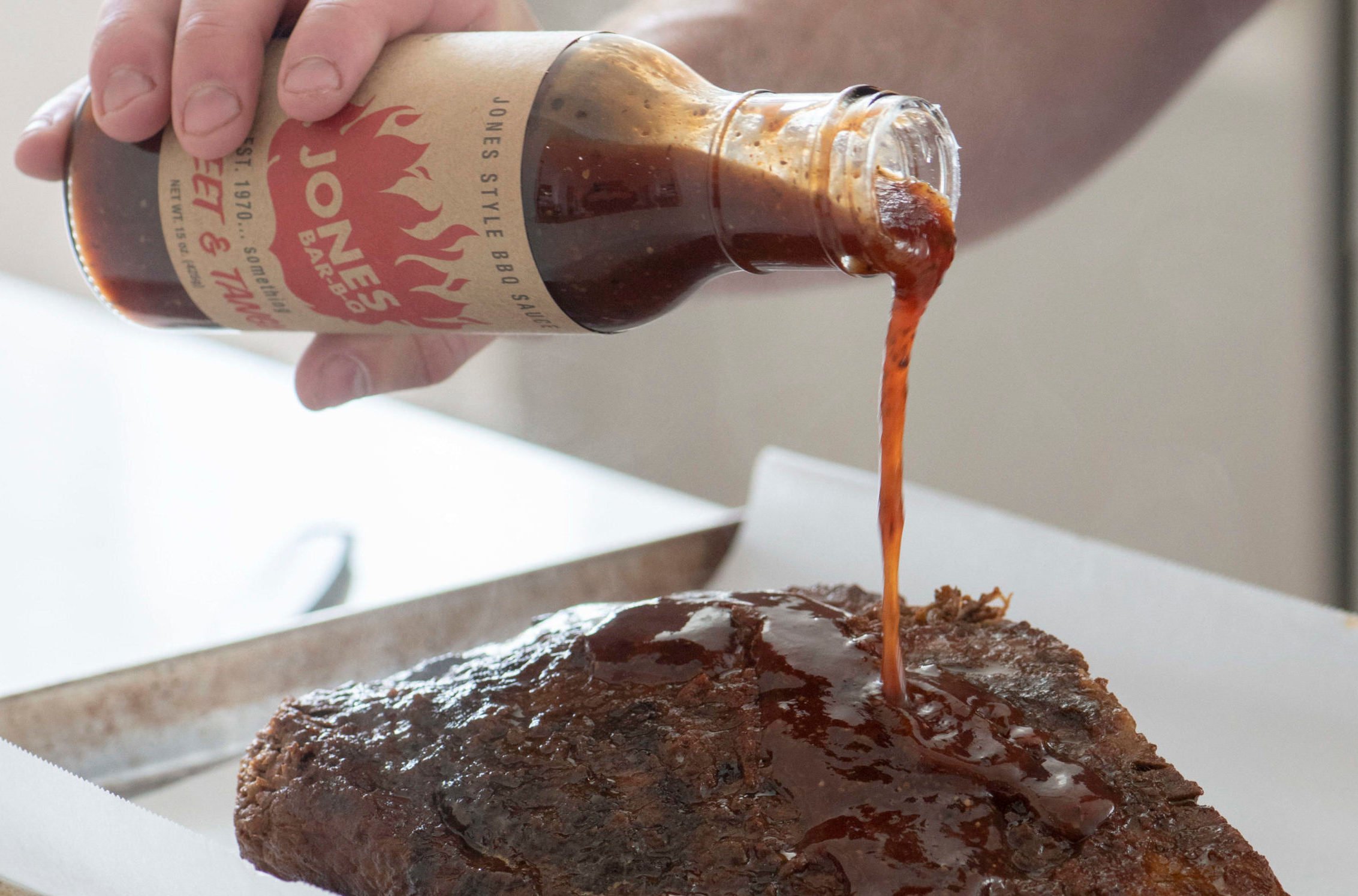 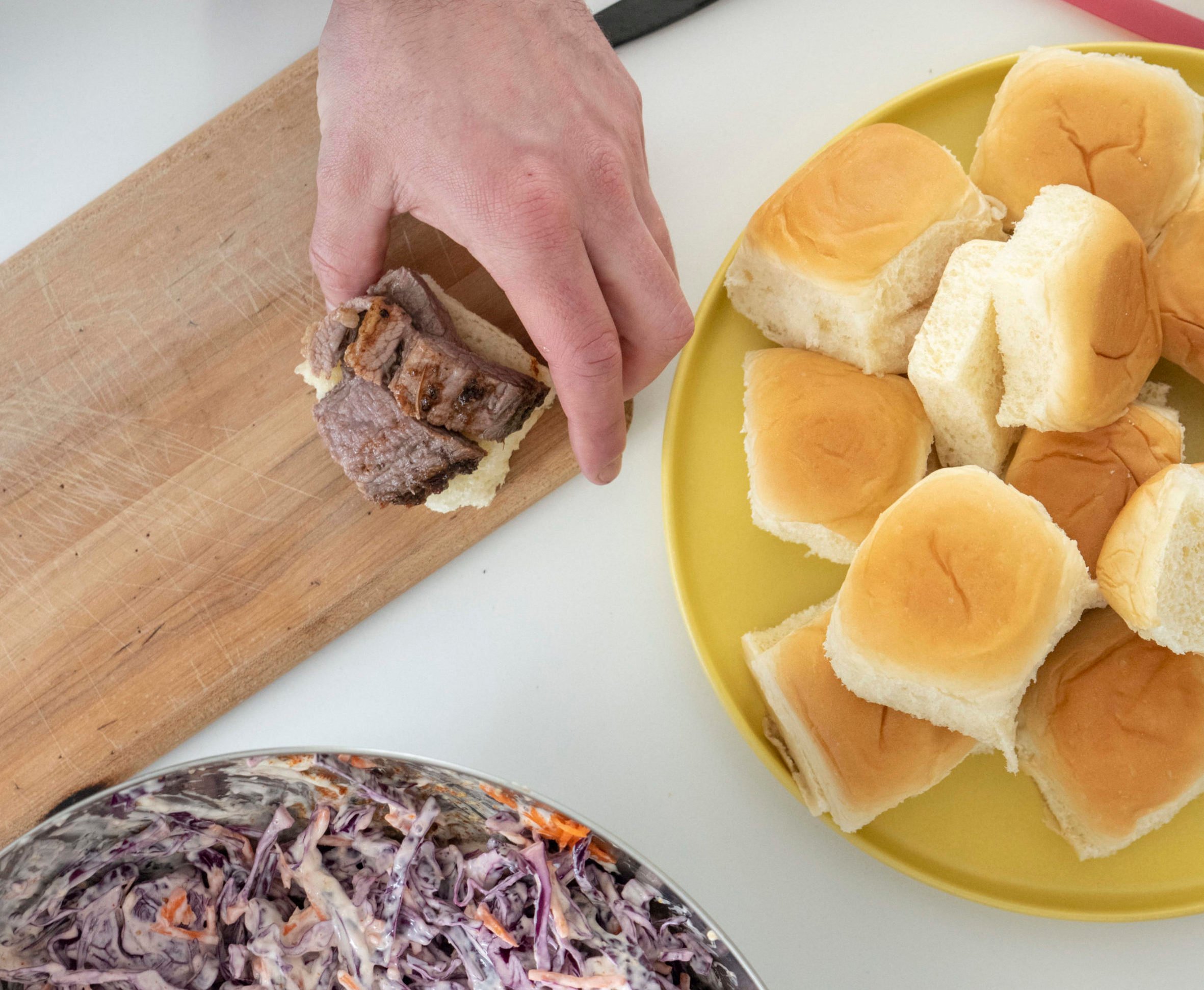 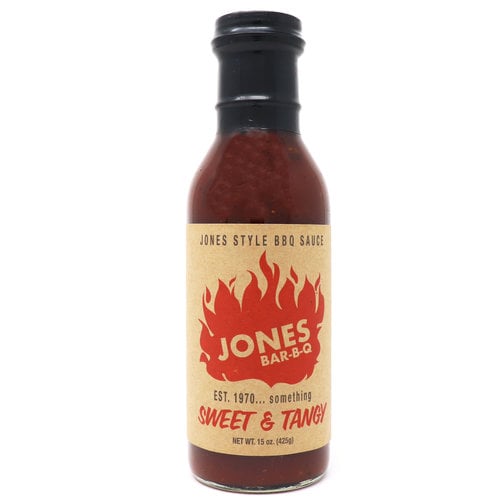 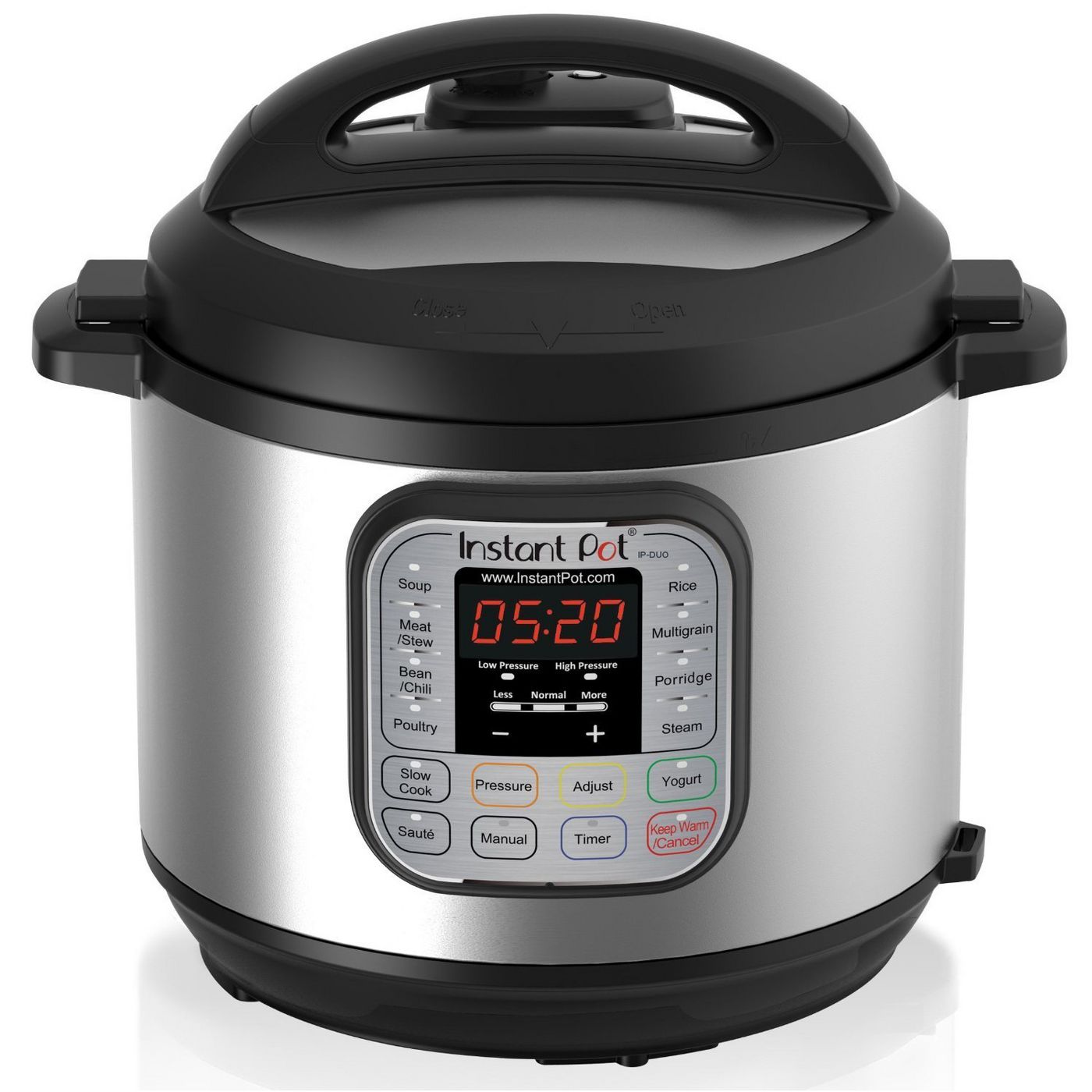 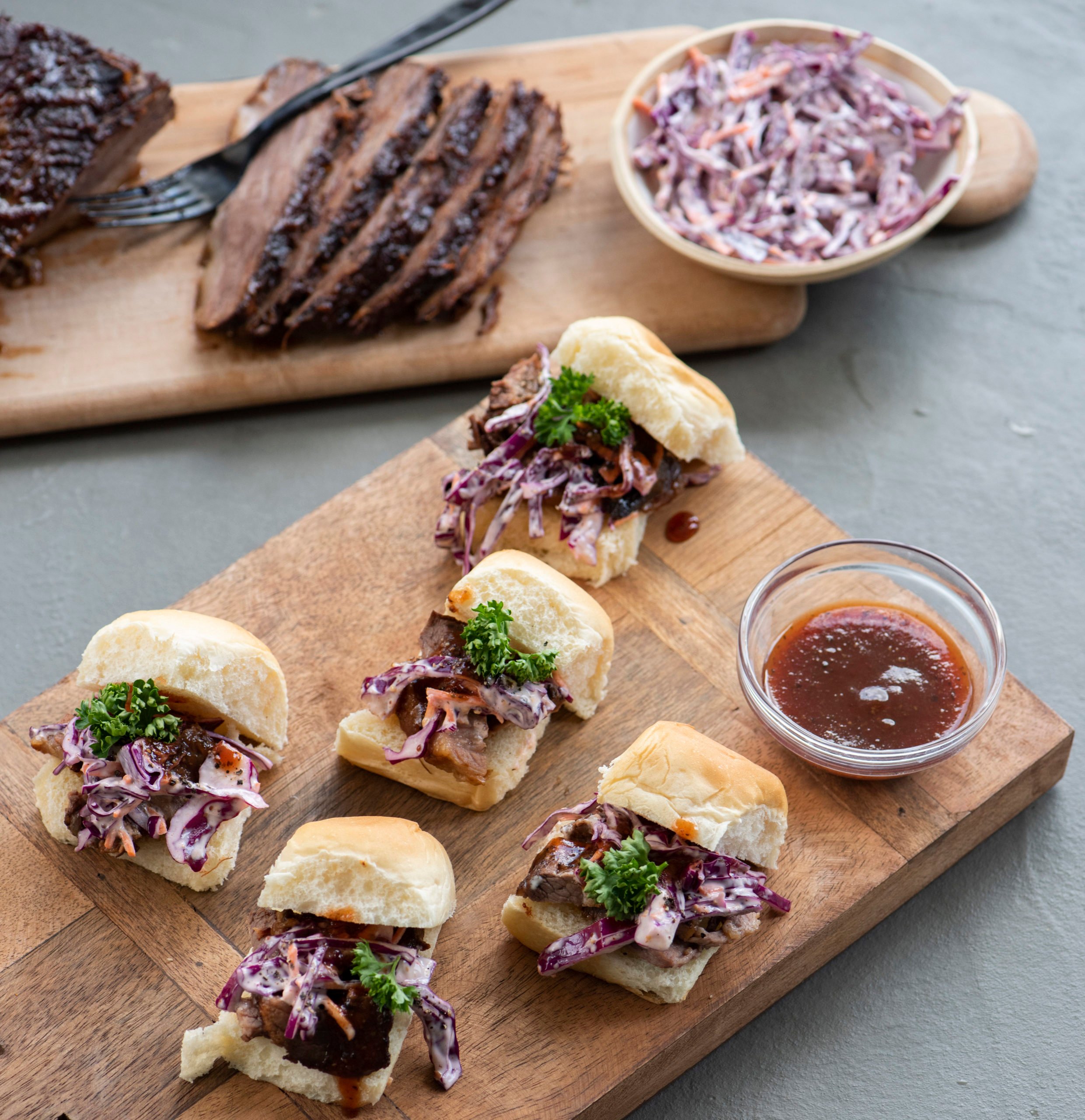 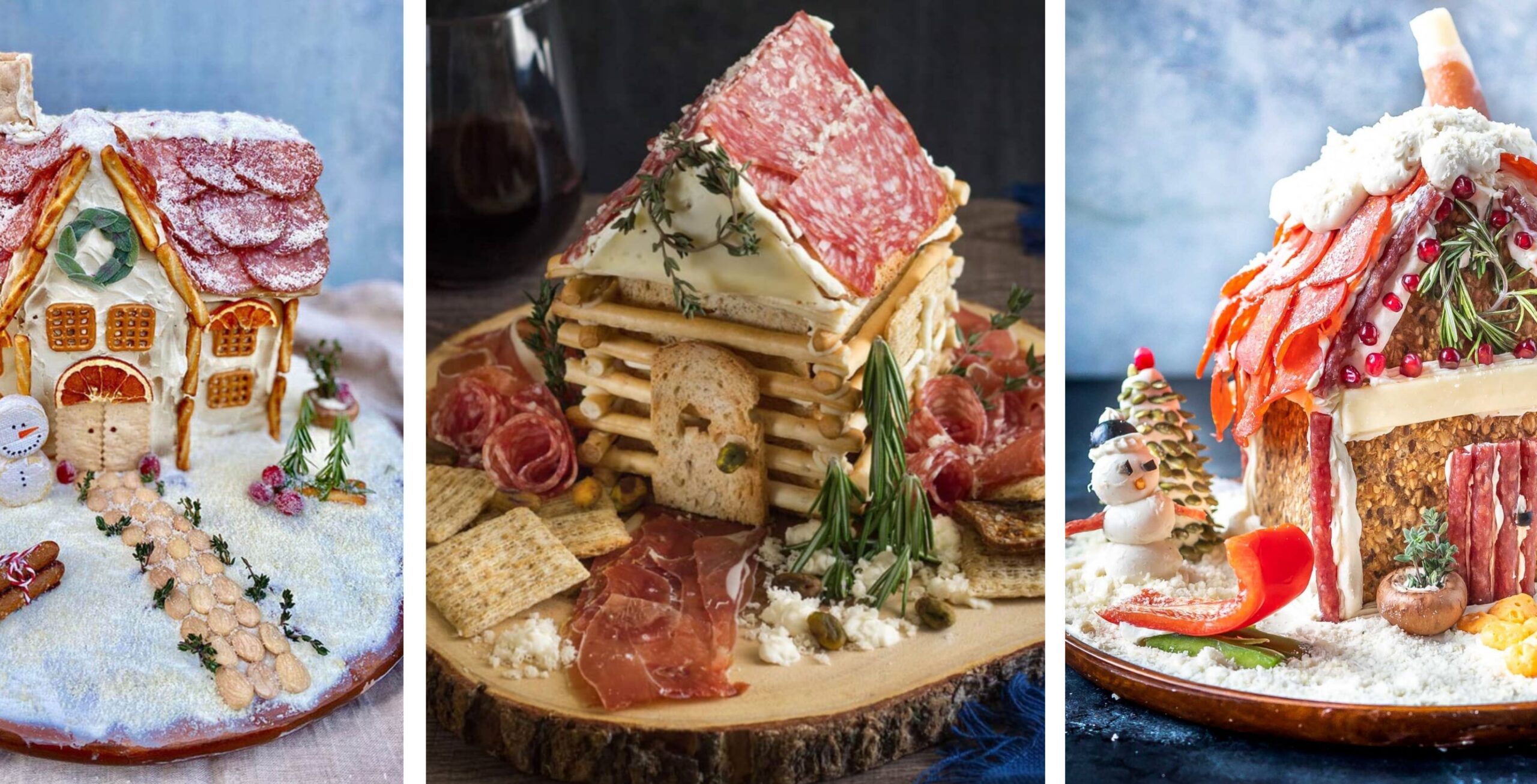 The Tasty Holiday Trend Taking Over 2021: The Charcuterie Chalet